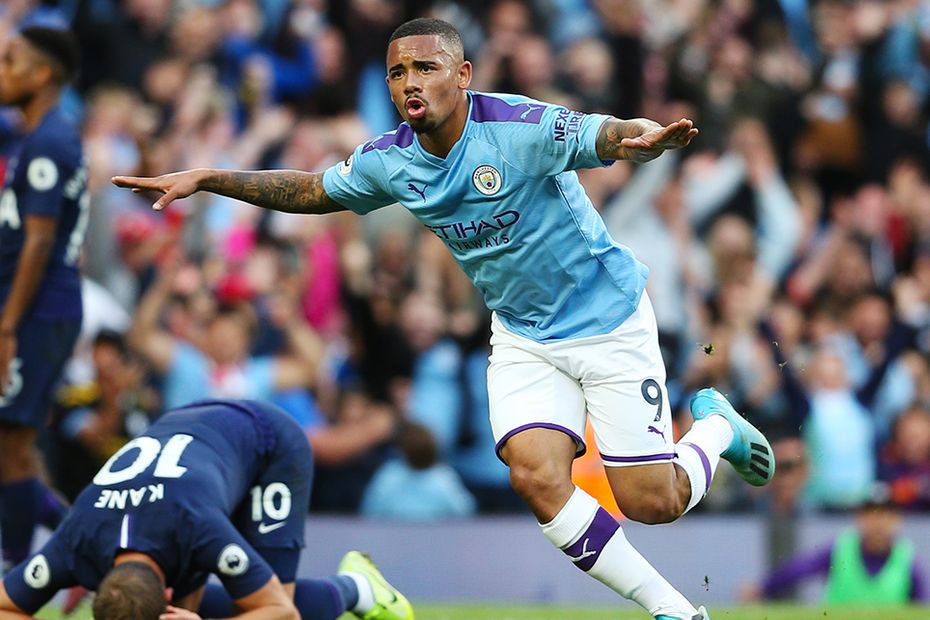 Manchester City's Gabriel Jesus will be on a mission to restore his reputation as one of the club's most clinical finishers against Newcastle United on Saturday.

The Brazilian has scored three goals in four Premier League starts this season, a decent return, but along the way he has missed a glut of gilt-edged opportunities.

In the absence of the injured Sergio Aguero, the 22-year-old will seek to improve on his lowly 14.3 per cent chance conversion rate.

Bringing the best from Sterling

It is not easy to explain why but Raheem Sterling's end product has been considerably better when playing alongside Jesus this season.

Perhaps taking on more of the attacking burden himself without the talismanic Aguero, the Englishman has come to life in the final third.

A hat-trick on the opening weekend of 2019/20, when Jesus also started, skews his goal figures.

But Sterling's overall season statistics prove he is more effective when combining with the Brazil international.

On average, Sterling fires off almost four efforts on goal per match alongside Jesus.

That figure drops below one per 90 minutes for the other eight starts he has made this term.

Man City have claimed four handsome wins against West Ham United, Everton, Crystal Palace and Aston Villa when the Brazilian has featured in the starting XI.

Three of those matches, which produced an aggregate score of 13-1, were also away from the Etihad Stadium.

This bodes well for Pep Guardiola's side ahead of their trip to Tyneside.

Jesus is as slippery as they come inside the 18-yard box.

He executes terrific runs, possesses a natural instinct for where the ball will fall and can finish chances in a variety of ways.

It is little wonder that with those traits, and the creative quality around him in the City side, he has so many opportunities to score.

No player in the Premier League that has made a minimum of four starts this term has registered as many shots per 90 minutes.

He is a man who frequently gets himself into the right positions.

Losing top scorer Aguero to injury is undoubtedly a blow to the defending champions ahead of Matchweek 14 but their Brazilian deputy is capable of filling in successfully.

Once Jesus rediscovers his clinical edge, the goals should flow.

Newcastle will certainly need to defend exceptionally well to keep him quiet at St James' Park.