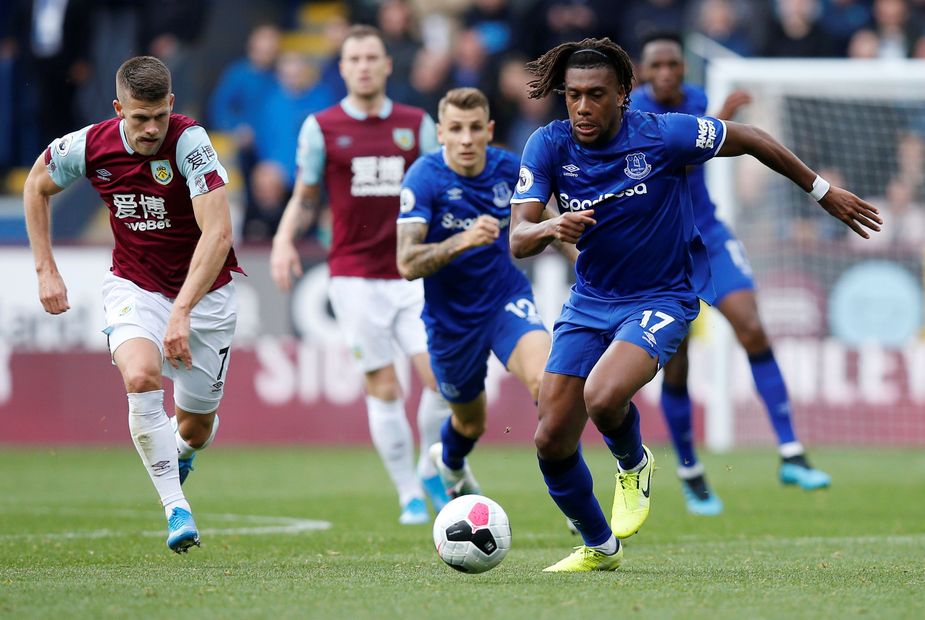 As Everton prepare for a difficult run of fixtures, starting with a trip to Leicester City on Sunday, Marco Silva may contemplate reconfiguring his central midfield.

After Idrissa Gueye's departure for Paris Saint-Germain last summer, there has been a lack of solidity in the middle of the pitch.

Injuries to Andre Gomes, Jean-Philippe Gbamin and Fabian Delph have exacerbated the problem, but within Silva's preferred 4-2-3-1 system the midfield unit have laboured.

Everton's front four players are instructed to close down opponents but when their rivals beat the press with smart distribution, the pair playing behind them in the double pivot have been exposed. So too have the defence.

The Toffees have conceded four goals from incisive through-balls in this kind of situation and three more from turnovers or counter-attacks that have bypassed their midfield.

It is imperative Silva's side are more compact when they visit Leicester and in their matches against Liverpool, Chelsea, Manchester United and Arsenal.

The least disruptive switch would be to change Everton's shape to 4-3-2-1.

While that move would take Gylfi Sigurdsson away from his free role behind the striker, he has yet to deliver enough end product to justify that freedom.

With such a testing run of matches, it would be logical to sacrifice that position and bolster the midfield with an extra body.

In a 4-3-2-1 or 4-5-1, Sigurdsson would compete with Richarlison, Bernard, Alex Iwobi and Theo Walcott for the two narrow attacking midfield spots.

Morgan Schneiderlin excelled as a mobile defensive midfielder at Southampton but has struggled to replicate this form at Goodison Park.

Todd Cantwell eluded him to score last weekend and in the previous fixture Sofiane Boufal beat him to set up Danny Ings for a tap-in.

Schneiderlin needs to be quicker in possession and has lapses in his positioning.

If Silva does opt for a midfield trio rather than a pair, he could use Iwobi in that unit.

The Nigerian is not known for his defensive qualities but many of his best performances for Arsenal came when he was in a deeper role inside a midfield three.

Comfortable on the half-turn, he is excellent at linking play and moving the ball between the lines with early forward passes.

Across the next five matches, Silva's side will need to break quickly from a solid base and Iwobi's qualities are well suited to those counter-attacking tactics.

Iwobi and Tom Davies, an industrious player who also looks to make vertical passes, as the table below shows, could be the ideal men to operate either side of a holding midfielder.

Davies is better suited to a box-to-box role rather than the holding position so, fitness permitting, Delph would be the man best-equipped to play in front of the back four.

When Everton's press does not work effectively, they need the right structure or personnel to cope.

Changes to their set-up at King Power Stadium on Sunday could give the Toffees a much-needed lift.