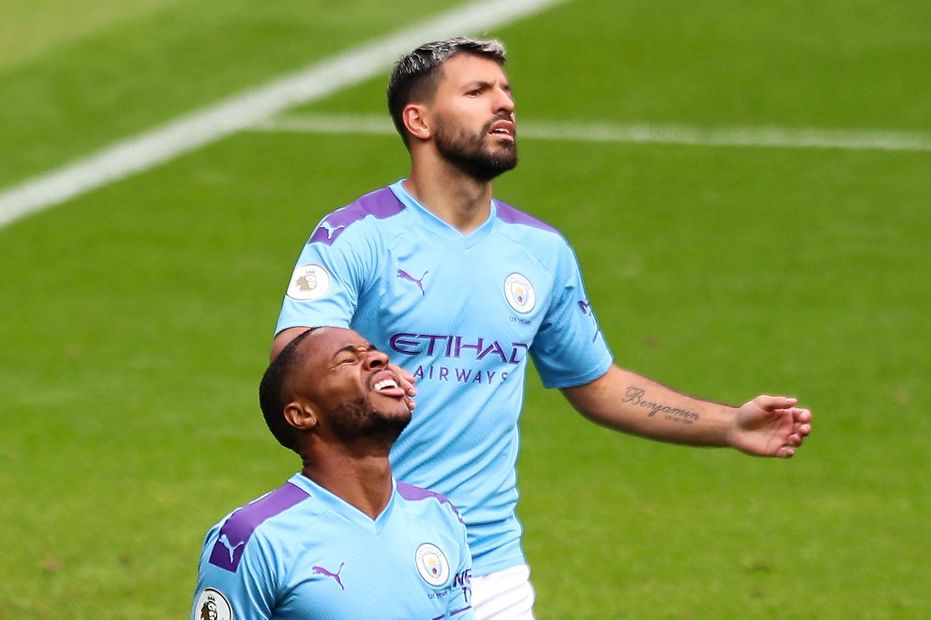 Home of Liverpool is Man City striker's worst stadium to play at, while Raheem Sterling has not had a single shot on target there since leaving

Aguero: 'We will fight to the end no matter what' External Link

He is one of the greatest strikers to ever grace the Premier League but, remarkably, Sergio Aguero has yet to score at the place where Manchester City need him most this weekend.

None of his 173 goals have come in seven appearances at Anfield, making it Aguero's worst stadium to play in throughout his career.

Their star striker has had only 10 shots across those seven matches, with just two on target. It means his shots and shots on target per-match ratios are his worst of any away ground he has played at more than once.

So, might Pep Guardiola look to his other key attackers on Sunday?

Well, just as worryingly for City, it is not a pattern that applies only to Aguero.

Their second-highest scorer, Raheem Sterling, has not had a single shot on target or even an assist in four matches at Anfield since leaving his former club.

And while Kevin De Bruyne has one goal in two appearances at Anfield, Huddersfield Town's John Smith's Stadium is the only ground where he has played more than once and has a worse shooting record.

With the prospect of falling nine points behind the leaders, this weekend would be the best time for Man City supporters to see this trend reversed.

And when it comes to Aguero, his stats of the season suggest Sunday may finally be when he breaks his duck.

He has struck 13 times in 14 matches in all competitions this campaign, with his rate of one goal every 73 minutes better than any of the 31-year-old's previous eight seasons.

Furthermore, his nine goals in the Premier League have come from only 10 shots on target.

So City's leading marksman may only need one opportunity on Merseyside to strike the telling blow and breathe fresh life into the title race.