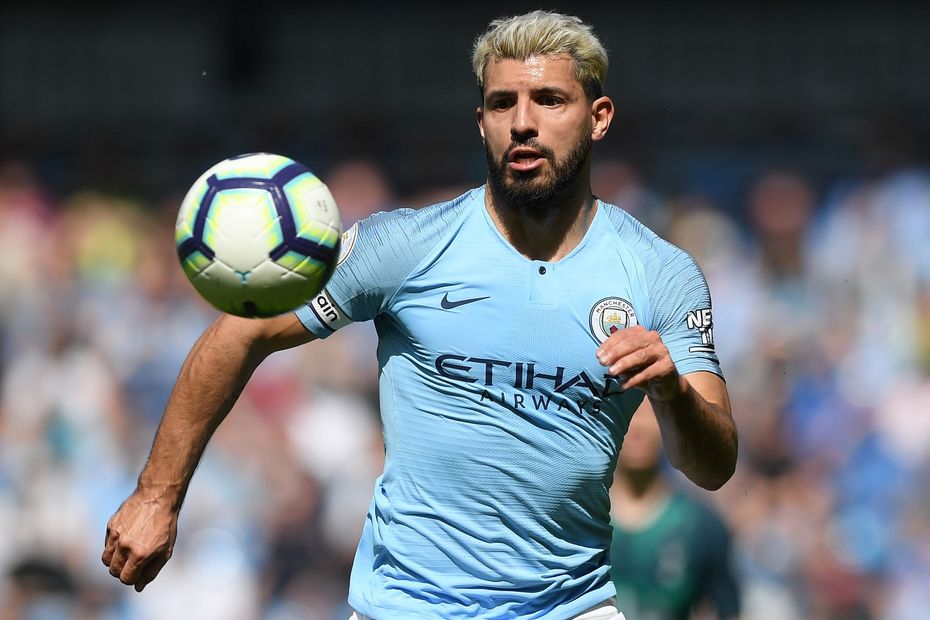 Fantasy Premier League managers were left frustrated at the weekend as the popular big-name choices for the captaincy failed to deliver in the first half of Double Gameweek 35.

Sergio Aguero (£11.8m) was the most-captained player in FPL but the 1,092,431 managers who gave the Manchester City striker the armband had to settle for five points doubled.

They can at least take heart from the fact that Aguero can add to that tally when he plays at Manchester United on Wednesday night.

Mohamed Salah (£13.2m) was the second-most popular choice but returned just six points from his trip to Cardiff City, and the Liverpool man does not play in midweek.

The third-most popular choice for captain, Pierre-Emerick Aubameyang (£10.9m), earned seven points thanks to a goal and a bonus point, and he could add to that when Arsenal visit Wolverhampton Wanderers on Wednesday.

The most popular captain among the top 100 managers in FPL was Raheem Sterling (£11.6m), who was chosen by 34 of the frontrunners but mustered only two points against Tottenham Hotspur.

Aguero was second-choice with 25 backers, just ahead of Raul Jimenez (£6.9m), with 22. The Wolves striker also returned two points but will hope to fare better against Arsenal.

Jimenez and Sterling were among the three most transferred-in players for the Double Gameweek, but the most popular addition was Spurs midfielder Lucas Moura (£6.8m).

Most transferred-in players in GW35