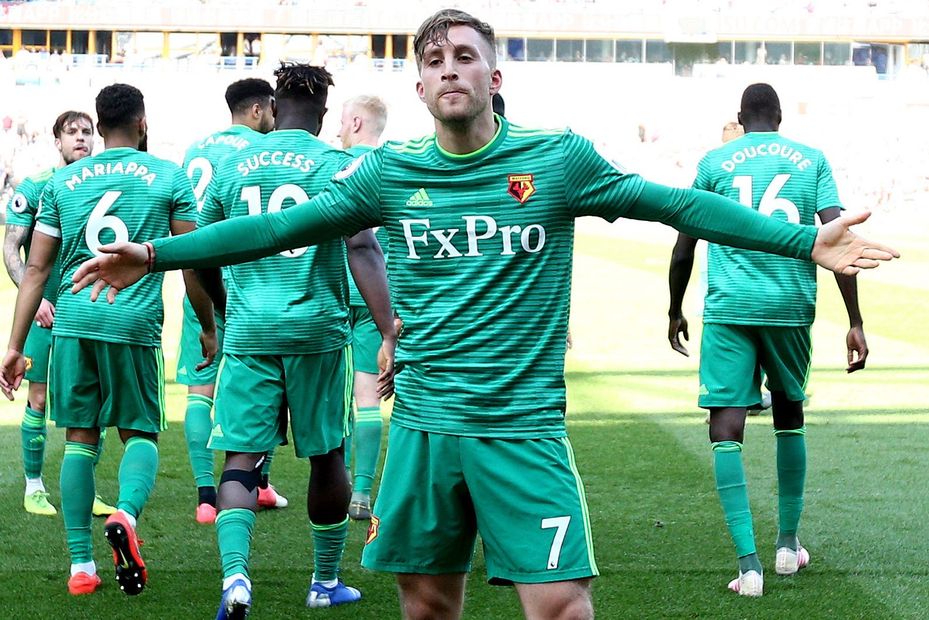 Guardiola: I’m sorry but I love my team! ​ External Link

The rush to bring in big-hitters for Double Gameweek 35 meant Gerard Deulofeu (£5.6m) was largely overlooked in Fantasy Premier League.

The Watford midfielder had been troubled by an ankle injury before his matches against Huddersfield Town and Southampton.

But his 5.1 per cent owners were richly rewarded with two goals on Saturday afternoon.

Deulofeu is the second top-scoring player in the Gameweek, with 16 FPL points.

And with Troy Deeney (£5.9m) still suspended, the Spaniard could have another productive match at home to the Saints on Tuesday evening.

Deulofeu’s success should encourage FPL managers who are looking to rein in their mini-league rivals.

Managers in front are likely to play it safe at this point, which allows those chasing to seek out differentials.

This was also shown in the first fixture of Gameweek 35, when Manchester City played at home to Tottenham Hotspur.

Four of the five most-bought players for the Gameweek featured in the Saturday lunchtime kick-off.

Yet they were overshadowed by Phil Foden (£4.5m).

In only his second start of the season, the teenager’s match-winning display earned him 11 FPL points.

Like Deulofeu, his exploits show how lesser-owned players can be a big weapon for those needing to take risks over the final three Gameweeks.