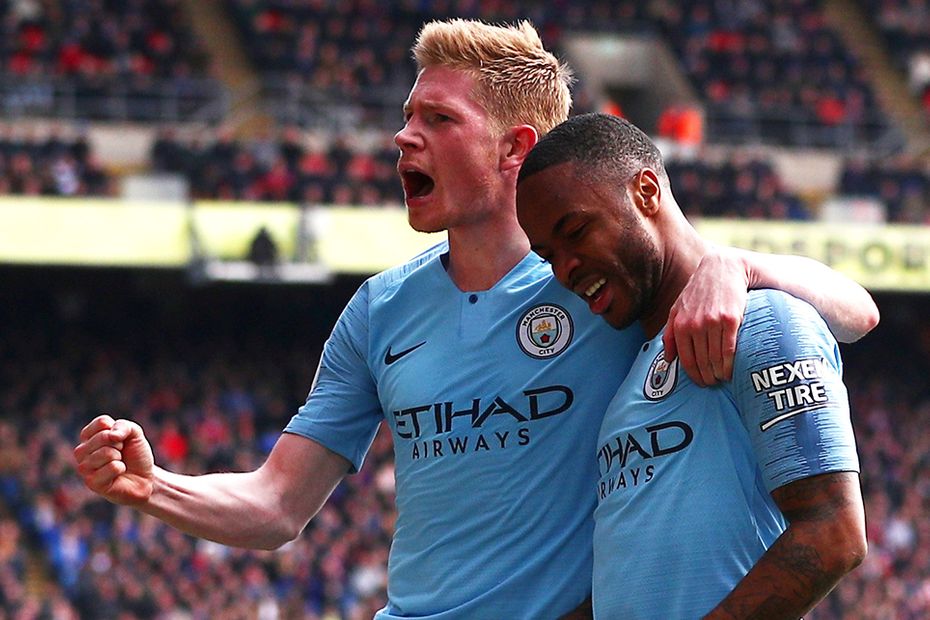 Managers in Fantasy Premier League are making plans ahead of the final Double Gameweek of 2018/19.

Eight teams will play twice in Gameweek 35, including six of the top 10 in the Premier League.

The Scout's panel of FPL experts discuss who they will be backing for the Gameweek ahead.

Holly Shand (@FFCommunity_): It's a massive Double Gameweek for Manchester City in terms of clinching the Premier League title. Kevin De Bruyne (£9.7m), Raheem Sterling (£11.5m) and Sergio Aguero (£11.7m) are going to be crucial to their success. Look past those tough fixtures.

Ash (@FPLHints): The Double Gameweek provides an opportunity for the Bench Boost chip. De Bruyne is a standout sub-£10m pick, as demonstrated on Sunday. An honourable mention must also go to Nathan Redmond (£5.3m) for Southampton's two fixtures.

Simon March (@MarchSimon): Arsenal's largely unfancied attacking assets might surprise a few against Crystal Palace and Wolverhampton Wanderers. Their UEFA Europa League match on Thursday should give us an indication of who is most likely to start.

Lee Bonfield (@FPLFamily): Every team with two matches seems to come with a "but", and we shouldn't forget those with a single Gameweek, like Liverpool, who play Cardiff City. I'm aiming for a main course of Tottenham Hotspur, Wolves and Liverpool, with a side order of Man City and Southampton.

Sam Bonfield (@FPLFamily): Gameweek 35 has some really difficult fixtures to navigate. Arsenal have a reasonable Double and players like Alexandre Lacazette (£9.4m) could be good options.

Paul Gee (FPLPaulGee): For me, Southampton are safe after their weekend win over Wolves. Huddersfield are Huddersfield, so backing Watford is the way forward.