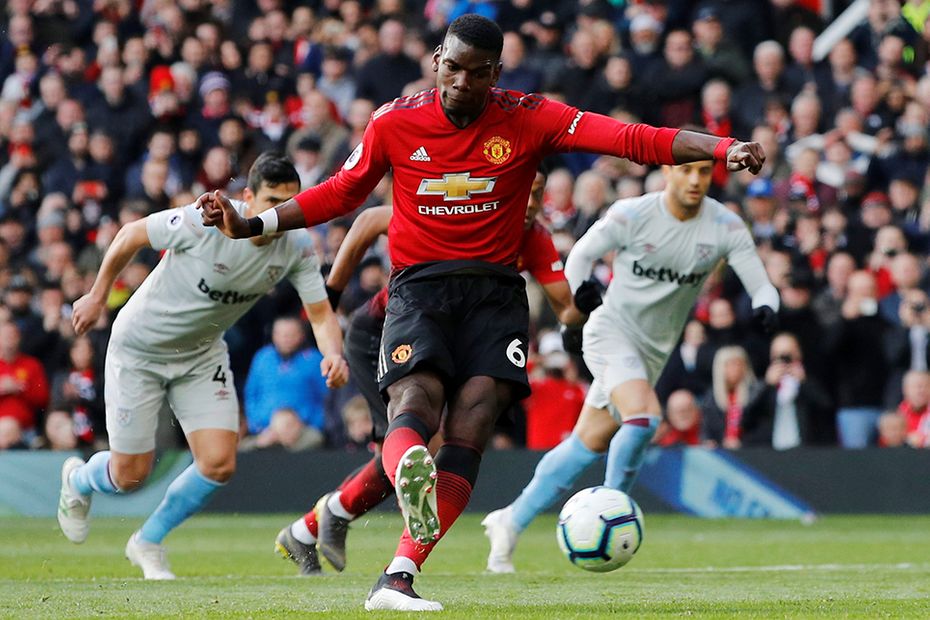 GW34 Lessons: Cherries stars back on the radar

A recent goal drought for Paul Pogba (£8.7m) had a major effect on the plans of Fantasy Premier League managers for Gameweek 34.

The Frenchman had produced only one assist in six Gameweek appearances ahead of Saturday's match against West Ham United.

That form meant the Manchester United midfielder was among the three most-sold players, being moved out of 169,000+ squads.

But Pogba's pair of converted penalties and 15-point haul against the Hammers has forced a rethink by FPL managers.

Man Utd are one of eight teams who have a Double Gameweek 35, facing Everton and Manchester City.

And Pogba has been their standout FPL performer under Ole Gunnar Solskjaer, averaging an impressive 7.4 points per match (ppm).

Crucially, Pogba has been named in the starting XI in all 16 of United's Premier League matches with Solskjaer in charge.

And that security of starts can be vital when planning for the final Gameweeks.

This was highlighted last week by the rush to buy Son Heung-min (£8.8m) for Tottenham Hotspur's home match with Huddersfield Town.

Son was the most transferred-in player for Gameweek 34, earning over 499,000 new owners after an injury to his team-mate Harry Kane (£12.6m).

However, with a UEFA Champions League clash against Man City to come this week, Son was limited to only three minutes off the bench on Saturday.

The South Korean could still profit from his Gameweek 35 matches against Man City and Brighton & Hove Albion.

But the weekend teamsheets were a timely reminder that managers should pinpoint reliable starters to limit the risk of rotation and take full advantage of the remaining schedule.

Part 2: GW34 Lessons: Cherries stars back on the radar
Part 3: FPL Experts: Get Deeney for the Double