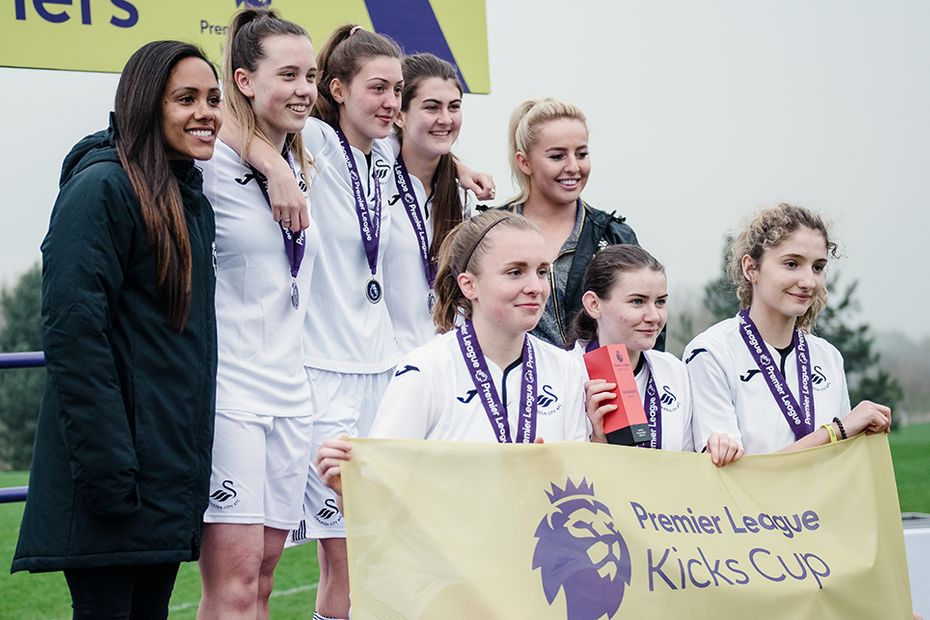 Swansea City girls showed their character in adversity as they claimed a dramatic victory in the Premier League Kicks Cup on Monday.

Having claimed a semi-final penalty shootout win over Portsmouth, the Swans were involved in an equally tight tussle with Barnet in the final at the University of Warwick.

With the teams level and the match entering the closing stages, Swansea lost their goalkeeper to an injury that led to her being taken to hospital.

But they dusted themselves down and one of the outfield players stepped in to become the hero, saving two penalties in the shootout to give Swansea victory in the PL Kicks Cup girls tournament for the first time.

Character in the face of adversity

Swansea showed what #PLKicks is all about as they avenged last year’s final shoot-out disappointment @SwansCommunity pic.twitter.com/tBVg1BTMDJ

"It was difficult for them but they came back well and did the team proud," says coach Katy Hosford.

"They all play for each other, they're a really close-knit team. You could tell when they won, they just wanted to do it for her and no matter what they felt afterwards they were thinking of her."

Victory was even sweeter for some of the Swansea team as they avenged their PL Kicks Cup heartbreak of 2018, when they lost on spot-kicks to Exeter City in the final.

But no matter the result, this year's PL Kicks Cup, which featured more than 700 young people from across England and Wales, was always going to be a memorable experience for all.

"PL Kicks is a big opportunity to get involved with different people from different cultures, different backgrounds," says Brooke, part of the winning Swansea City team.

"It's just a really good learning curve to get to know other people."