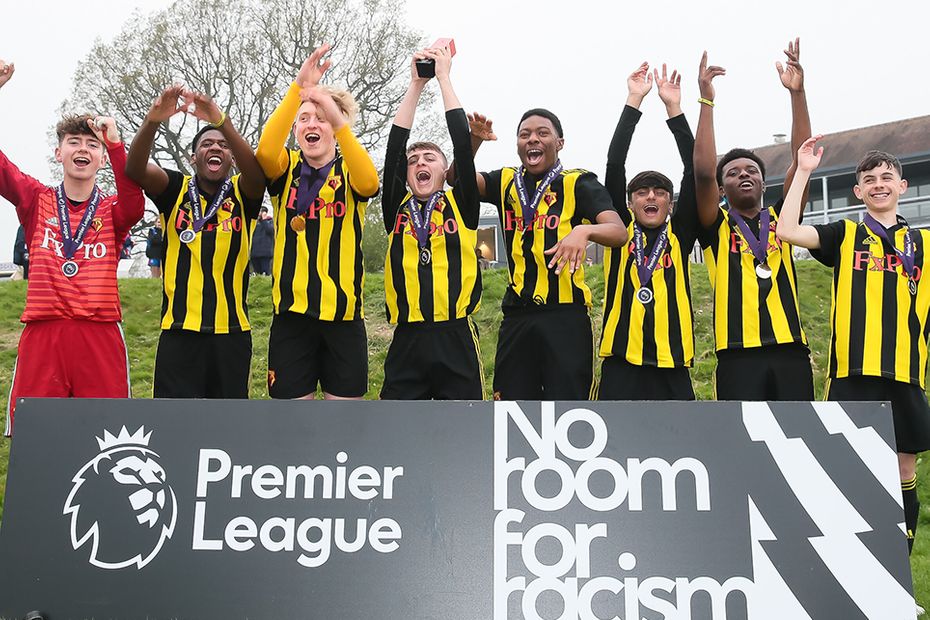 There were two dramatic endings as this year's Premier League Kicks Cup culminated in thrilling penalty shootouts at the University of Warwick.

The latest edition of the competition had more than 700 young people representing 65 professional football clubs coming together to play football and form friendships.

And after a competitive day of action, both the girls and mixed tournaments had tense finales.

"It really is life-changing"

Some of them only met this morning, but that didn't stop Watford taking home the Mixed Under 16s #PLKicks Cup

Swansea City lifted the girls tournament trophy after making up for losing last year's final by beating Barnet on penalties.

As well as the action on the pitch, there were plenty of other activities for the young people to take part in.

Liv Cooke was on hand to show the skills that led to her claiming the Freestyle Football World title and encouraged other players to join in.

You never know who might stop by when you're taking a break at the #PLKicks Cup... @LivCookefs x @AFCBCommunity pic.twitter.com/c211jIEATX

The PL Kicks Cup celebrates the work carried out by the PL Kicks programme in local communities across England and Wales all year long.

The programme is not just about football. It gives young people a safe place to play and aims to inspire young people to develop their potential.

"They find something that means something to them"#PLKicks is about more than football pic.twitter.com/5i7spsyusx

PL Kicks began in 2006 and is now run by 69 professional football clubs. Kicks aims to inspire children and young people to develop their potential, enhance their wellbeing and positively impact their communities to be safer, stronger and more inclusive.