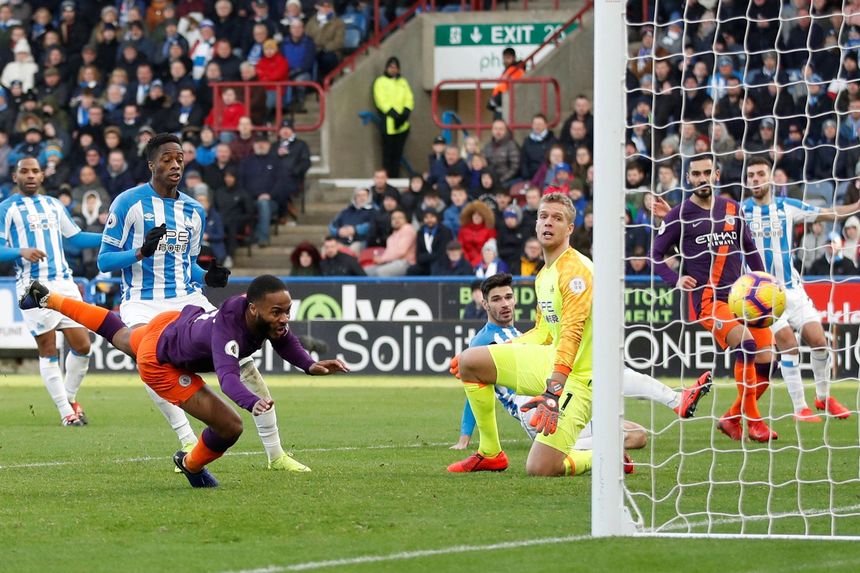 It has been a dream start to 2019 for Manchester City’s Raheem Sterling.

Scoring 13 goals and making five assists in just 14 starts for club and country in all competitions since 6 January, the in-form forward is now among the leading contenders to win the EA SPORTS Player of the Season award.

The 24-year-old has shone on both wings for Pep Guardiola's title-chasers in recent weeks and will be at the forefront of Fulham’s minds when the Cottagers entertain City on Saturday.

Since working with Guardiola, Sterling’s positional awareness and eye for space have become much more refined.

His progress has been particularly evident in his last four Premier League starts when deployed on the left side of Man City’s attack.

In the home match against Arsenal, Sterling cleverly used the full width of the pitch.

Aware that Gunners right-back Stephan Lichsteiner wanted to stay narrow and cover his centre-back in the four-man rearguard, he deliberately hugged the touchline, creating enormous problems.

Sterling opened up Unai Emery's side with two outstanding assists, both as a direct consequence of creating the space for himself to run at Lichsteiner.

Lulling his markers into a false sense of security by staying in the same part of the field before making well-timed sprints inside the full-backs, he also made a devastating impact against Chelsea and Watford.

Four of the five goals he netted in those two contests came because he moved into space inside him at the opportune moment.

Sterling has operated equally devastatingly on the opposite flank, surging inside from the right to inspire the breakaway that led to Leroy Sane’s dramatic winner at home against Liverpool.

He has adapted his style to suit each specified game plan, teasing defenders in a variety of ways.

He tormented Chelsea's seasoned defender Cesar Azpilicueta with his mesmeric dribbling, earning a penalty, and also cleverly drifted into the centre-forward’s position to claim tap-ins against the Blues and Huddersfield Town.

Sterling is undoubtedly playing the best football of his career. And, at 24, there is scope for plenty more development from this supremely gifted star.

Tomorrow: Gunnarsson can set the tone for Cardiff resilience