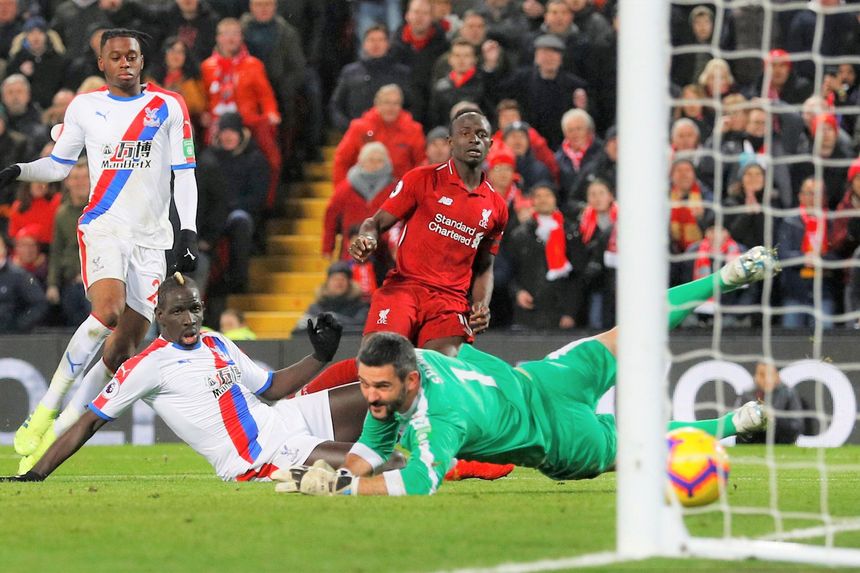 Clubs show there is no room for racism
Race for the Golden Boot: Sadio Mane
Ward-Prowse taking his chance with Southampton

The in-form Sadio Mane will attempt to score in a seventh consecutive Premier League home match when Tottenham Hotspur visit Anfield on Sunday.

Very few would consider the Senegalese star, who has become a hugely influential figure during a crucial period of the season, to be an out-and-out striker.

While he scored two fine goals against Watford in late February when selected to play through the middle, the 26-year-old is essentially a left winger.

Yet the quality that marks Mane out as a special goalscorer, after nine strikes in his last nine starts, is his ability to ghost undetected into the centre-forward’s domain and the most dangerous positions.

Timing runs expertly to dart inside full-backs, while often swapping places with Mohamed Salah or Roberto Firmino in the process, Mane is a master at getting on the end of chances inside the danger zone.

When you analyse where he scores his goals, the picture is clear. All but two of his 17 goals have been scored from central positions, from close range within the width of the six-yard box.

This season, he has shown the positional instinct and finishing prowess of a world-class striker.

Even though Salah has had 22 more goal attempts than Mane this campaign, with seven matches to go the pair are level on 17 PL goals each at the top of Liverpool’s goalscoring chart.

Mane, who boasts a 29.3 per cent conversion rate compared with Salah’s 21.3, has caught up across the last eight PL fixtures, a spell which has coincided with a dip for his fellow attackers.

Salah has performed well in general play and has had no problems finding shooting positions, but the Egyptian’s efforts have often been from tight angles or some distance from goal.

Firmino, meanwhile, has played a little too deep, which has affected his own goal threat.

As for Mane, the key to his extraordinary recent success has been the efficiency of his runs into the penalty area.

Carefully selecting the right moment to sprint, over half of his touches inside the 18-yard box have been inside the central third, the most likely place to score goals.

By contrast, only 21 per cent of Salah’s touches in the penalty area have been in that zone.

All three of Liverpool’s forwards are capable of escaping their markers to score goals, and their collective movement is usually terrific.

But of the Reds' attacking trio, it is Mane who is the most elusive and predatory at the moment, and he is the player Spurs should fear most this weekend.