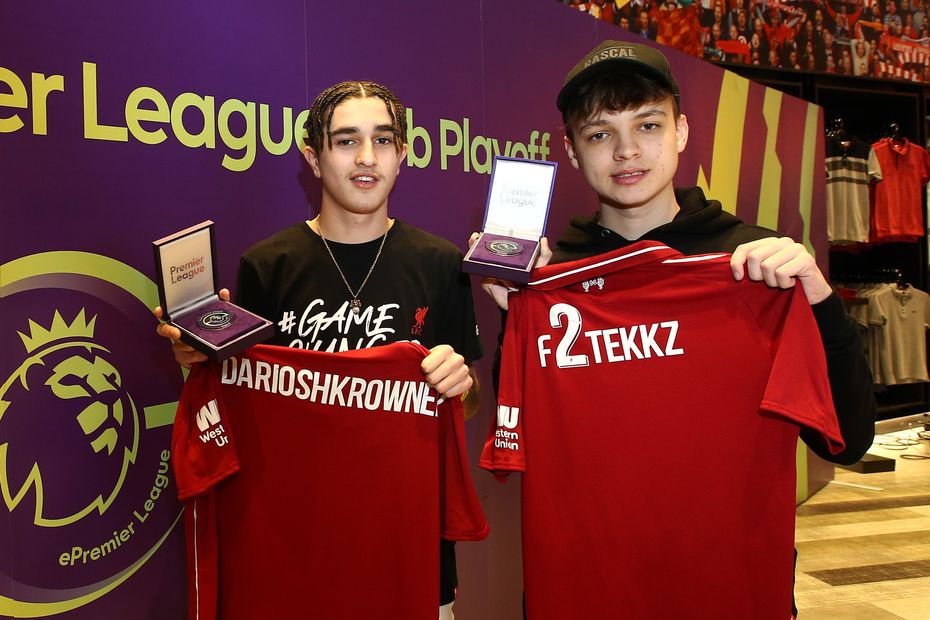 How to watch Day 2 of the ePremier League Final

Donovan Hunt, aka F2Tekkz, is a six-time EA SPORTS FIFA champion and seeded No 1 in the Xbox category.

On the other hand, Dariosh Krowner was relatively unknown coming into the Liverpool ePremier League playoffs last month.

"I was a bit of underdog, but I had to show what I had," Krowner tells Liverpool's official website. "You’ve just got to make a name for yourself in tournaments like this."

And make a name for himself he did.

"I was over the moon, it was mad," he says. "I couldn’t really describe the feeling.

"I wasn’t expected to win and nobody thought I would. The emotion took over and I couldn’t keep it all in."

By contrast, F2Tekkz only just got to the playoff. He had flown back to the United Kingdom after playing in the United States so he could compete at Anfield for a chance to represent his favourite club.

"I’d won a tournament the day before in Atlanta," said F2Tekkz. "I landed at 12pm in London and got to the tournament about 10 minutes before I had to play!"

But the effort was certainly worth it for the Reds fan.

"As a kid I wanted to be a player for Liverpool. I’m not good enough with the feet so I’ve gone for the hands and it’s working well.

"I had to win. I managed to and now I feel part of Liverpool."