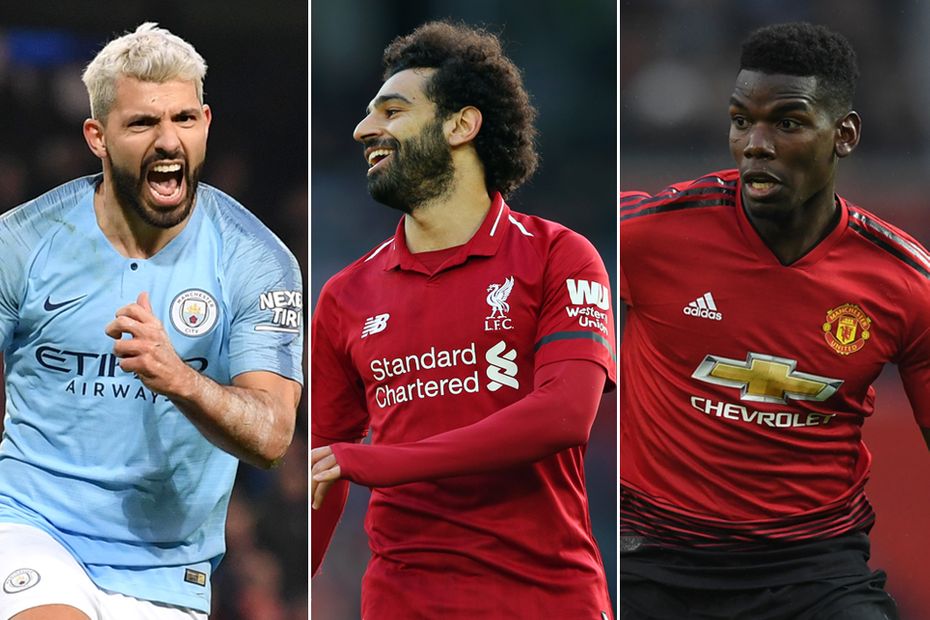 His spot as the top captain pick in Fantasy Premier League could be under threat for Mohamed Salah (£13.5m) in Gameweek 29.

The Liverpool player has been the No 1 armband choice in each of the last six Gameweeks.

But Salah has only one goal in five appearances ahead of the derby at Everton.

He has been overshadowed by team-mate Sadio Mane (£9.7m), who has scored six goals in the last six Gameweeks.

These two are also among the four most popular players in FPL, owned by 45.5 per cent and 37.6 per cent respectively.

Pogba has averaged 10.2 points per home match under Ole Gunnar Solskjaer and is set to face Southampton to Old Trafford.

Raheem Sterling (£11.3m) could also deliver a big points haul at Vitality Stadium having scored eight goals in his six Premier League meetings against the Cherries.

And big-hitting forwards Harry Kane (£12.4m) and Pierre-Emerick Aubameyang (£11.0m) should not be overlooked for their head-to-head at Wembley.

And Aubameyang produced his season-high haul of 16 points against Tottenham Hotspur in Gameweek 14.

Chelsea's midweek win over Spurs looks encouraging for their short trip to Fulham.

Eden Hazard (£10.8m) and Gonzalo Higuain (£9.5m) could profit against a defence that has conceded 63 goals, more than any other side.

Holly Shand (@FFCommunity_): I've provisionally got the armband on Pogba. He has an excellent scoring record at Old Trafford and a favourable fixture. With two free transfers, my options may change by Saturday's deadline.

Lee Bonfield (@FPLFamily): Despite squeaking past West Ham United 1-0, I'm backing Man City to deliver against AFC Bournemouth, who have conceded 25 goals in the last 10 and are hit by injuries. With Gabriel Jesus (£9.9m) out, Aguero gets the armband, with Sterling running him close after only 35 minutes in midweek.

Sam Bonfield (@FPLFamily): Pep Guardiola's comments about the AFC Bournemouth match being like a cup final and Sterling's limited game time in midweek makes him the obvious captain pick.