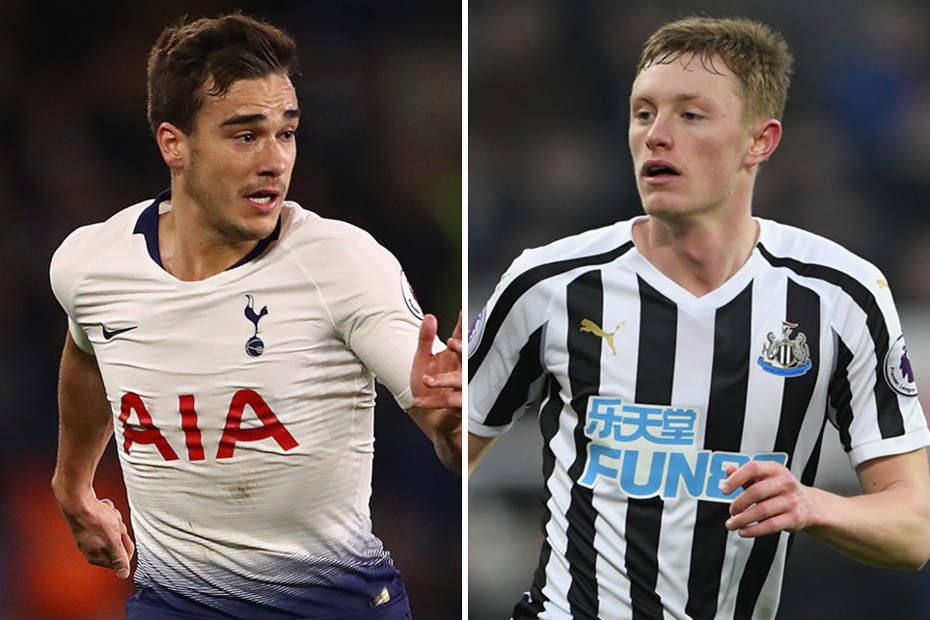 It has been an excellent start to 2019 for two homegrown midfielders who are set to face each other at Wembley in Saturday’s early kick-off.

Since Christmas, Sean Longstaff has broken into the first-team picture at Newcastle United and was an assured presence in high-profile encounters against Chelsea, Cardiff City and Manchester City.

So with both hungry to retain their places, the duel between Longstaff and Winks should be terrific to watch.

More trust from his manager

Winks is beginning to thrive as the man Pochettino trusts at the base of his midfield.

The 22-year-old is not an aggressive ball-winner, but his workrate and mobility helps him break up play at regular intervals.

Across the last two Premier League matches, for example, Winks has made 21 ball recoveries, a tally only bettered by Jan Vertonghen.

How Winks looks after possession marks him out as a top player.

With his 91.5 per cent passing accuracy the best in the Spurs squad this season, the midfielder is an outstanding link man who moves the ball swiftly and precisely through the lines.

Winks is prepared to accept that some team-mates are more creative, which keeps his game simple, but that does not diminish his importance.

During his first two Premier League matches of 2019, against Cardiff and Manchester United, Winks remarkably only misplaced two passes from 142 attempts.

He can be trusted to keep the ball ticking over in midfield this weekend.

Longstaff has come into the Newcastle starting XI and impressed immediately.

The 21-year-old benefited from a successful loan with Blackpool last season and made the most of his opportunity.

Forming a combative partnership with Isaac Hayden, the former Premier League 2 regular has brought increased intensity to the Magpies’ midfield.

He presses hard, chases lost causes and makes life difficult for his opponents.

It was him who robbed Fernandinho on the edge of his own penalty area before being brought down for the winning penalty in Tuesday’s 2-1 victory at home to Man City.

As the table below demonstrates, Longstaff has also covered more distance than any other Newcastle player in his three Premier League starts.

Longstaff is content to keep his distribution mainly simple, but does attempt more longer passes than Winks.

For this reason his pass accuracy is lower, at 76.5 per cent, but that still places him second among central midfielders at the club, behind Ki Sung-yueng.

Both Winks and Longstaff are full of confidence and eager to stamp their mark. It will be interesting to see who gains the upper hand.