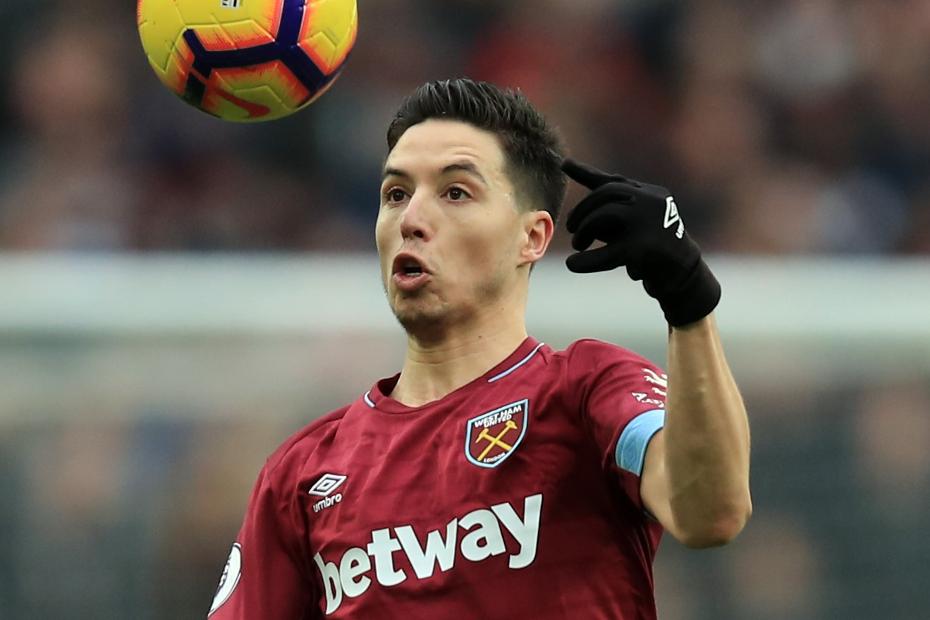 Diop: When Samir has the ball, the game is always much easier! External Link

Lanzini returns to training, Fredericks back in action External Link

Zabaleta: Nasri brings us so much quality External Link

West Ham United have made great strides since losing their opening four Premier League matches of the season. But Manuel Pellegrini was right to recognize his side was still short on creativity in the absence of the injured Manuel Lanzini.

The Hammers had failed to create as many clear goal opportunities as many of their closest rivals in the table, forcing them to rely on the magic of Felipe Anderson and Marko Arnautovic.

Anderson, with 29 key passes from open play, and Arnautovic, with 21, have carved out more chances between them than the next five most inventive team-mates combined.

So it made sense that Pellegrini saw fit to bring free agent Samir Nasri into his squad.

The Frenchman has always been capable of unlocking the door of opponents.

Operating in a free No 10 role behind the main striker, Nasri’s mobility, touch and intelligent link-up play shone during the 1-0 home win against Arsenal.

The 31-year-old's composure and awareness was in evidence as he teed up three terrific chances with short passes in tight areas around the box, including his assist for the winner by Declan Rice.

His movement also made him elusive, especially when he and Anderson swapped positions.

With Nasri in the same starting XI as the Brazilian, the Hammers have a far more interchangeable and fluid style.

This should in theory help them open up space for a greater number of shots.

In his first two starts, he has failed to last beyond 71 minutes, but as Nasri gradually reacclimatises to the Premier League his fitness will improve.

He may have had a 13-month absence from competitive football, but the former France international still has star quality in the final third and has emerged as the right signing at the right time for West Ham.

Part 2: Solanke can thrive as a support striker
Part 3: Higuain has the skills to prosper at Chelsea