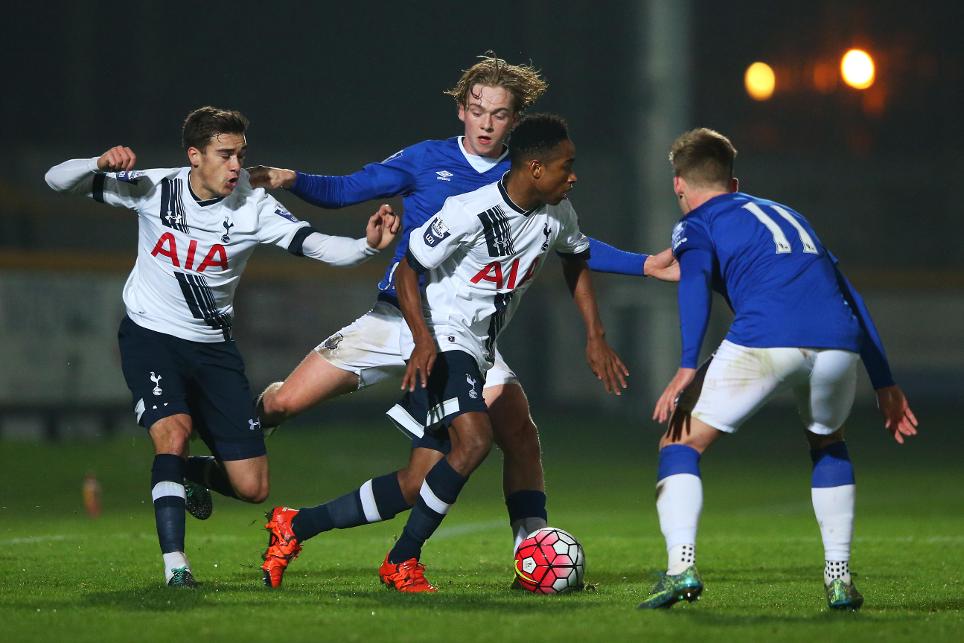 Ged Roddy has pledged that the introduction of Premier League 2 will make an "immediate impact" in increasing opportunities for home-grown players to make "the toughest transition of all."

Roddy, now the Premier League's Head of Football Development, and Richard Scudamore, the Executive Chairman, released extensive plans to give players, who on average make their top-flight debut at the age of 22, more intense preparation for the world's most popular league.

Premier League 2, incorporating Under-23 players, will replace the Premier Under-21 League while the expanded games programme for academy graduates will pitch 16 Category One clubs into Wednesday morning's draw for the new-look English Football League Trophy, previously known as the Johnstone's Paint Trophy.

The more competitive schedule will also include an extended Premier League Cup – altered to start with eight groups of four teams – and an expanded Premier League International Cup, involving 12 overseas teams.
The age range for the majority of players competing has changed from U21 to U23 with accommodation for four overage players, including one goalkeeper.

Roddy said: "Sir Alex [Ferguson, the former Manchester United manager] would say, 'give me 30 meaningful games a season for a young player who is transitioning to the first team and we've got a chance'.

"So this season if you blend all of those competitions together you'll be able to create a 30-game programme for your young player. That was a target for us and I think a target for many of the coaches to make sure their players get enough of the right sort of games. If they do that well, and I'm sure they will, I think you’ll get an immediate impact."

Scudamore added: "The Elite Player Performance Plan always recognised that the biggest challenge was when the youth developers handed over these young players, at 18, into the transition system – how would they then make it into the first team?

"Clearly one of the external and internal problems was seeing the U21s as somehow the top end of the youth system when actually it’s not; it’s the underpinning of the first-team system.

"Premier League 2 is structured to give players the optimum opportunity to get to the Premier League through more competitive and meaningful game time.

"The clubs and the league want to see their commitment to producing more and better home-grown players get results; Premier League 2 will make it happen."

In keeping with this exciting new stage of the EPPP, Roddy progresses from his role as the Premier League’s Head of Youth over the past seven years to Head of Football Development.

The increased diversity of the games programme should help toughen young players up for the demands of first-team football but Roddy refuted the argument that has reared its head again after England's disappointment at the recent European Championship finals in France that academy graduates are made too comfortable.

"Do I think players are soft in this system?” Roddy asked. "No way. These players are trying to create a career for themselves in the hardest league in the world. It's self-evident that our players have got to be among the best players in the world if they’re going to play in it.

"We have got more talent pouring into the league than anywhere else on the planet. We had 67 debuts last year. The pipeline is still there. When we started out people would say there was no English talent, but now people say there is English talent but it needs an opportunity. That is a seismic shift from where we were only four seasons ago."

"This is not university after school for the players," Scudamore added. "This is a first job."

Scudamore also said that the integration of Premier League category one academy graduates into the EFL Trophy should sooth any concerns that supporters of lower-division clubs have for their heritage.

"This is the beginning and the end of B teams - this is it," he said. "That's the whole point of it, to be honest. We are absolutely consistent on our view about no B teams in the regular Football League.

"Yes, of course we know some of our clubs would like B teams. We look abroad and we see the benefit of B teams. It's just for the English football structure and pyramid, it doesn’t work, and so this is it,” he added. “We can console all these worried Football League clubs’ supporters. This isn’t the thin end of the wedge, this is the wedge."

The new-look programme aimed at continuing the increase of home-grown players into the Premier League has been evolving over the past 18 months and is unrelated to England’s performance at the recent Euro finals, when they lost to Iceland.

Indeed, Premier League chiefs' analysis of the players' levels in France only confirmed improving technical standards. “We did our own post-Euros discussion, and there is nothing we saw that put us off the journey," Scudamore said. "In other words, we know we’re producing good players."

Peter Lansley, an FA Coach Mentor who reports for a range of national newspapers, is a lecturer at the University of Derby in football journalism, the first dedicated undergraduate course in the country.