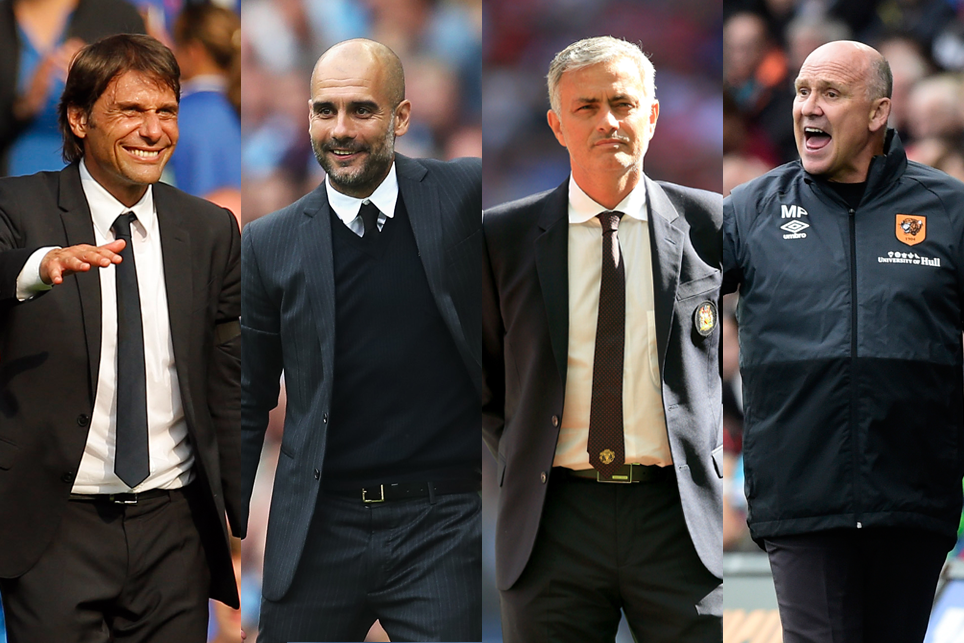 After three matches of the 2016/17 Premier League the nominees for the Barclays Manager of the Month have been named and you can help to decide which man wins.

Played 3 Won 3
Despite arriving at Stamford Bridge this summer, the Chelsea head coach has quickly hit the ground the running and has chalked up three wins from the opening three matches, including a hard-fought, come-from-behind victory at Watford in Matchweek 2.

Played 3 Won 3
A change of head coach has brought a new philosophy at the Etihad Stadium but the Manchester City players have bought into Pep Guardiola’s ways quickly bringing a maximum nine points from the opening three matches, including an enthralling victory at Stoke City in Matchweek 2. No team have scored more than City’s nine goals this season.

Played 3 Won 3
That Manchester United boast the meanest defence of the division so far, with one goal conceded, is perhaps less of a surprise with the arrival of Jose Mourinho but only two teams have scored more than their six goals to earn three wins from three at Old Trafford as the new man in charge looks to change how the 13-times champions play.

Played 3 Won 2 Lost 1
After losing the manager that got them promoted and with no new arrivals, several senior departures and injuries to key members of the squad few predicted that Mike Phelan would be in contention for an award after three matches. But the Hull City manager channelled the spirit that earned them a return to the Premier League to guide his squad of limited numbers to victory over Leicester City, the champions, on the opening day, a 2-0 win away to Swansea City in Matchweek 2, and to within a few minutes of holding Manchester United to a goalless draw at the KCOM Stadium.

Vote below for the manager you believe was the best of August via the poll below (you will need to have a Twitter account to vote). The vote will close at 23.59 BST on 5 September.

Your vote will be included with those of the awards panel to decide the winner. More information here

Who will you vote for in the @BarclaysFooty August Manager of the Month award?