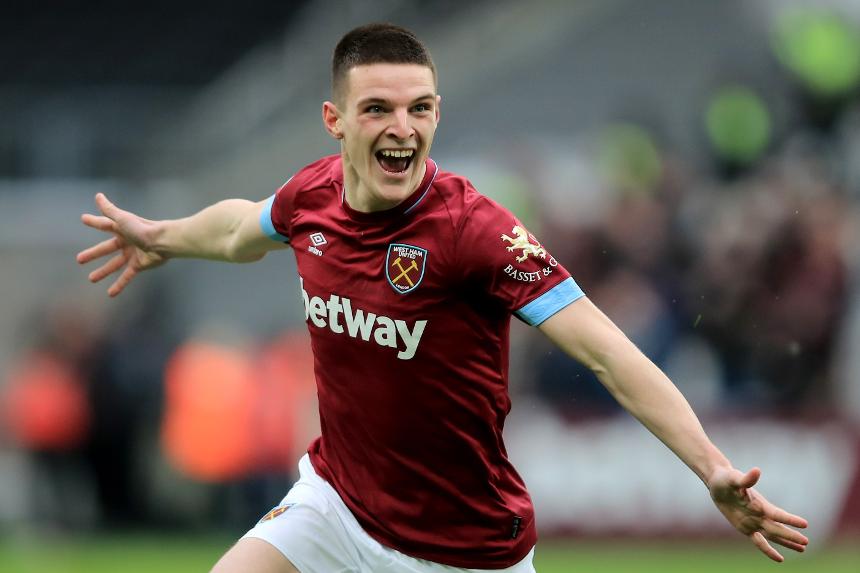 A first senior goal for Declan Rice (£4.4m) was enough to secure the 20-year-old top billing in the Gameweek 22 ever Fantasy Premier League Dream Team.

The defender, who has played much of the season as a holding midfielder, scored the winner in West Ham United's 1-0 victory over Arsenal.

That helped him to a 15-point return, the top score in a team packed with low-cost assets.

Gameweek 22's entire Dream Team, which brought in 126 points, would have taken just £70.6m to assemble.

Indeed, only two players in the 3-5-2 formation would have cost FPL managers more than £6.3m to buy.

Manchester United's fifth straight league win came courtesy of the Spaniard's brilliance in goal. He made a staggering 11 saves as the Red Devils beat Tottenham Hotspur 1-0.

An ever-present in Manuel Pellegrini's side since Gameweek 5, Rice's goal and fourth clean sheet of the season earned him the maximum bonus point award.

One of two Everton defenders to make the Dream Team, Zouma scored his first goal of the campaign in the 2-0 win over AFC Bournemouth.

Joining Zouma was Everton full-back Digne, whose consistency is matched by his explosive points potential. The 14.2 per cent-owned star has three goals and three assists in his 19 Gameweek starts. This was his third double-digit haul in the last seven Gameweeks.

Burnley beat Fulham 2-1 thanks to two own goals, both of which were set up by Hendrick. That earned him maximum bonus points as he produced attacking returns for the first time since Gameweek 3, also against Fulham.

The Liverpool talisman is back to his very best, securing a fifth double-figure score in seven starts. Salah scored the penalty that saw off Brighton & Hove Albion and is now among the top three for transfers in heading into Gameweek 23.

Fast becoming a favourite under new Southampton head coach Ralph Hasenhuttl, Ward-Prowse marked his third straight start with his first goal of the season from the penalty spot as the Saints beat Leicester City 2-1.

The Germany international scored his sixth goal of the campaign in Fulham's defeat at Burnley, breaking his eight-match barren streak.

In only his first start since Gameweek 18, Pedro opened the scoring in Chelsea's 2-1 win over Newcastle United. The Spaniard now has seven goals for the season, two shy of his best-ever tally, in 2016/17.

Fresh from his four-goal display in the EFL Cup semi-final, the Brazilian scored twice in Monday night's 3-0 win over Wolverhampton Wanderers to record a second 13-point haul in his last three league starts.

Injuries to his fellow Saints strikers handed Long his first start since Gameweek 11 and he took his chance with the winning goal and an assist at Leicester.