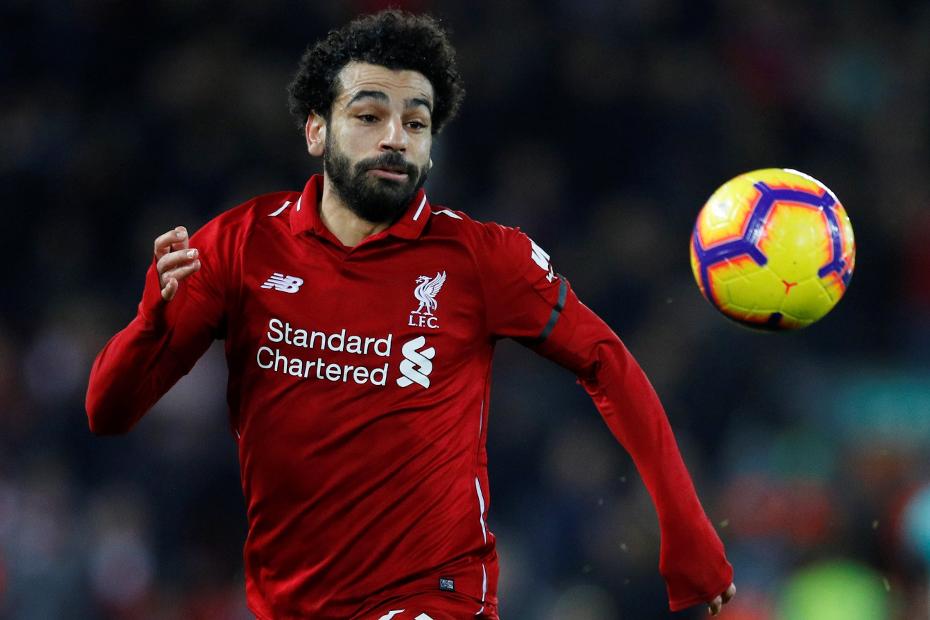 After four double-figure hauls in the last six Gameweeks Mohamed Salah (£13.3m) is set to reclaim the No 1 spot as top captain in Gameweek 22 of Fantasy Premier League.

The Liverpool star has soared to the top of the FPL player standings on the back of his recent resurgence, after managing only one double-figure haul in his first 15 matches. But more managers handed Harry Kane (£12.6) the armband in the past two Gameweeks.

That may change as Jurgen Klopp’s team travel to Brighton & Hove Albion on Saturday.

Encouragingly for Salah's 42.4 per cent owners, Liverpool scored nine goals in their two meetings with Brighton last term, including a 5-1 win in the corresponding fixture.

Another influential factor is that away from home Salah's 37 shots, 28 efforts inside the box and 19 attempts on target all rank second overall this season.

Chelsea host Newcastle United, against whom Hazard was on the scoresheet in the reverse fixture in Gameweek 3.

Sterling has delivered three of his four double-digit hauls at home ahead of his Monday night match against Wolverhampton Wanderers at the Etihad Stadium.

Wolves travel north having struggled to keep out opponents, with just a single clean sheet in the last 13 Gameweeks.

That lack of resilience also raises the prospects of Man City pair Leroy Sane (£9.5m) and Sergio Aguero (£11.2m) for the Gameweek 22 armband.

Holly Shand (@FFCommunity_): I’m selecting between my premium players Hazard, Salah and Kane. I’ll probably go Hazard, as he has the easiest fixture on paper, and hope for a return to form. If I owned Pierre-Emerick Aubameyang (£11.4m), he would be the standout selection.

WGTA (@WGTA_FPL): Salah and Aubameyang are the two I'm mulling over. Either is a good option, but I may lean towards the Liverpool man for safety.

Ash (@FPLHints): Aguero, Hazard and Salah are the standout captain picks for me. Of the three, I would have to favour Hazard due to his league record against Newcastle. He has six goals and two assists in 10 outings.

Mark McGettigan (@FPLGeneral):  My captaincy decision this week depends on whether I bring Salah back in or not. If he does come back in, he'll get the armband. If he doesn't, Hazard will lead my troops into battle.

Lee Bonfield (@FPLFamily): I can’t decide whether to be sensible this week or not. My head says Salah, but Richarlison (£6.9m) could be an option against a very leaky AFC Bournemouth defence. He has been unlucky not to get among the goals recently.

Sam Bonfield (@FPLFamily): Although there are a number of great picks this week, Salah gets my armband. After claiming his African Player of the Year award in midweek, he can deliver more goals against a Brighton side without their first-choice goalkeeper, Mat Ryan (£4.4m).

Paul Gee (@FplPaulGee): With the way Man City are firing at the moment, I'd be looking at Sterling, Sane or Aguero. Salah is an obvious choice, as is Hazard, depending on the Chelsea teamsheet.