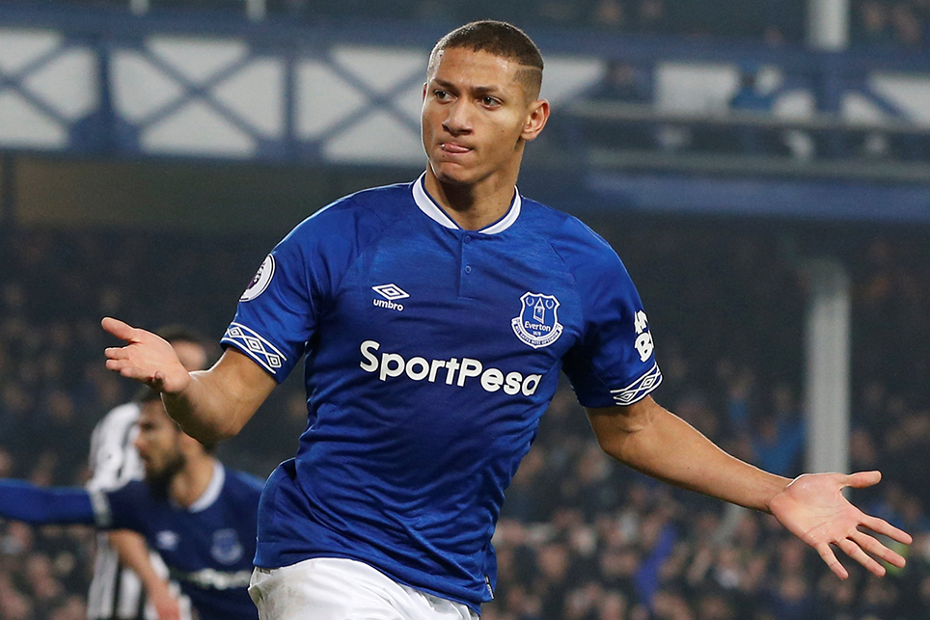 Richarlison (£7.0m) features once again in The Scout's best XI for Gameweek 20 of Fantasy Premier League.

The Everton midfielder emerged from the bench to score in their 5-2 win at Burnley in midweek.

He is now set to return to the teamsheet for Sunday's visit to Brighton & Hove Albion.

Richarlison takes his place in a 4-4-2 formation, with Mohamed Salah (£13.2m) handed the armband and Harry Kane (£12.5m) given the vice-captaincy.

The Fulham goalkeeper has conceded only one goal in the last two Gameweeks. Rico's visitors, Huddersfield Town, have scored only 12 goals, fewer than any other side.

Watford's left-back boasts a fine home record for the visit of Newcastle United. Two of Holebas's three goals and all five of his assists have been recorded at Vicarage Road.

The centre-back provides a major threat at set-pieces against Cardiff City at the King Power Stadium. Leicester City conceded only once in their back-to-back wins over Chelsea and Manchester City.

He appears to have secured the left-back role under caretaker manager, Ole Gunnar Solskjaer. Shaw's raids forward can profit against an AFC Bournemouth side who have lost each of their last four on the road.

His 17-point haul at Burnley has earned him 186,000+ transfers in, more than any other defender. Digne now travels to Brighton on the back of three goals and an assist in his last four matches.

The Everton attacker has a goal or an assist in four of his last five appearances. Richarlison can extend that streak against a Brighton defence without a clean sheet in nine attempts.

The most-bought player in the Gameweek, with over 267,000 new owners for his home encounter with AFC Bournemouth. Pogba has delivered two goals, three assists and 28 FPL points in his two matches under Solskjaer.

Chelsea's wide man has thrived in a new role as a "false 9" in recent weeks. Hazard has produced double-digit hauls in each of his last two road trips and now makes his way to Crystal Palace.

The Liverpool attacker has secured his spot at the top of the FPL player standings with three double-digit hauls in the last four Gameweeks. Salah's visitors, Arsenal, are the only side yet to keep an away clean sheet this season.

He welcomes Wolverhampton Wanderers in his most prolific FPL form of the season. Kane has produced a goal or an assist in each of his last eight Gameweek starts.

The Fulham forward has boasted a considerable goal threat of late. Although he has failed to score in the last four Gameweeks, Mitrovic's total of 16 shots on goal is more than any other player.