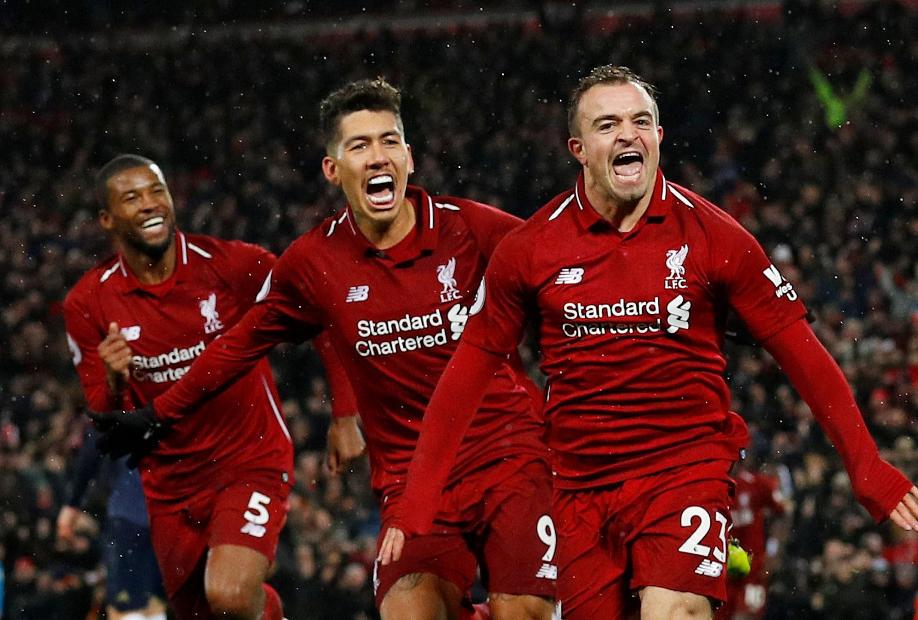 Can Liverpool buck tradition of teams at No 1 on 25 December having downturns in form?

Jurgen Klopp has called on his Liverpool team to improve on their best-ever start to a Premier League season as statistics show the Christmas No 1s traditionally suffer a dip after 25 December.

"We did really well so far and we have to do even better from now on, because you can see all the other teams are doing really well," Klopp said on Monday ahead of the Boxing Day home match with Newcastle United.

Klopp's call for further improvement comes against statistics that show in all but four seasons of the Premier League the team leading at Christmas suffered a downturn in form and in points per match (ppm) thereafter.

But even if Liverpool's record improves post-Christmas that may not be enough to finish ahead of Manchester City or Tottenham Hotspur, their nearest rivals.

Twice before Liverpool have led on 25 December and even though they improved their form post-Christmas each time, they could not claim an elusive first Premier League title.

Only one of the four teams who led on 25 December and maintained or improved their form claimed the title. That was Jose Mourinho's Chelsea side of 2004/05, whose ppm average went up to 2.6 after Christmas.

Arsenal are the only other leaders not to suffer a slump, maintaining their form but losing out to Man Utd in 2002/03.

Overall, Liverpool have led three times at Christmas and not claimed a first Premier League title.

But their fans will hope that the fact the last four teams to have led the Premier League on Christmas Day have all gone on to win the title in May will be more relevant.

Fate of Christmas No 1s