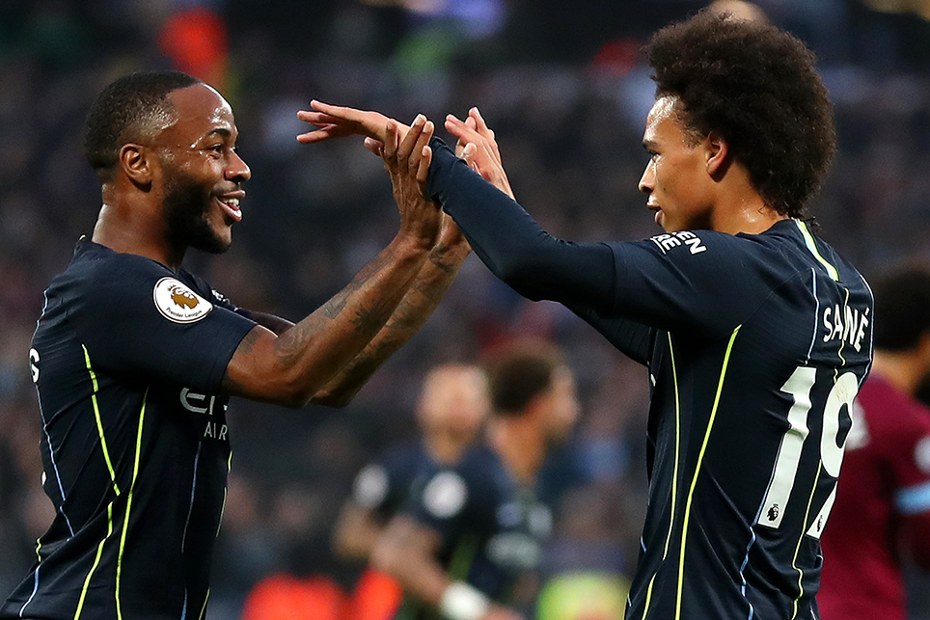 City prepare for the Palace External Link
Final day to register for ePremier League
GW18 Captains: Bounce back for Aubameyang?

With a home fixture against Crystal Palace this weekend, Manchester City assets are in demand in Fantasy Premier League.

Midfielder Leroy Sane (£9.7m) is the most-signed player this week and with plenty of other options in the City squad, there's plenty to consider ahead of Friday's 19:00 GMT Gameweek 18 deadline.

The FPL panel of experts have their say as to who to choose.

Holly Shand (@FFCommunity_): Pierre-Emerick Aubameyang (£11.5m) looks a great option on paper but I'd be more tempted to go with a player who's had a recent rest. Raheem Sterling (£11.6m) and Sane both look set for a start and those owning both City midfielders will be spoilt for choice as there is very little to split them.

Mark McGettigan (@FPLGeneral): It's hard to look past the City midfielders this week. Sterling is coming into my side and he'll get the armband. An in-form Eden Hazard (£11.0m) at home to Leicester City is another to consider.

Ben Crabtree (@FC_CrabDogg) When Sterling's had a good fixture he's delivered for me with the armband. Sane runs him quite close but I'm sticking with tried and tested.

Sam Bonfield (@FPLFamily): I've spent most of the week mulling over Harry Kane (£12.6m) and Sane. I've settled on Sane as there seems more chance of multiple returns at home to Palace. I also prefer to captain Kane when I am confident Christian Eriksen (£9.3m) will play. Eriksen played 90 minutes in the EFL Cup in midweek so I'm worried he won't play the full match on Sunday. This could harm Kane's potential returns.

Lee Bonfield (@FPLFamily): I'm spoilt for captain's choice this week, with Sterling, Sane, Aubameyang and even Ryan Fraser (£6.3m) against a Brighton & Hove Albion defence that doesn't travel well. However, City's form at home is hard to ignore. It'll be Sterling or Sane for me.