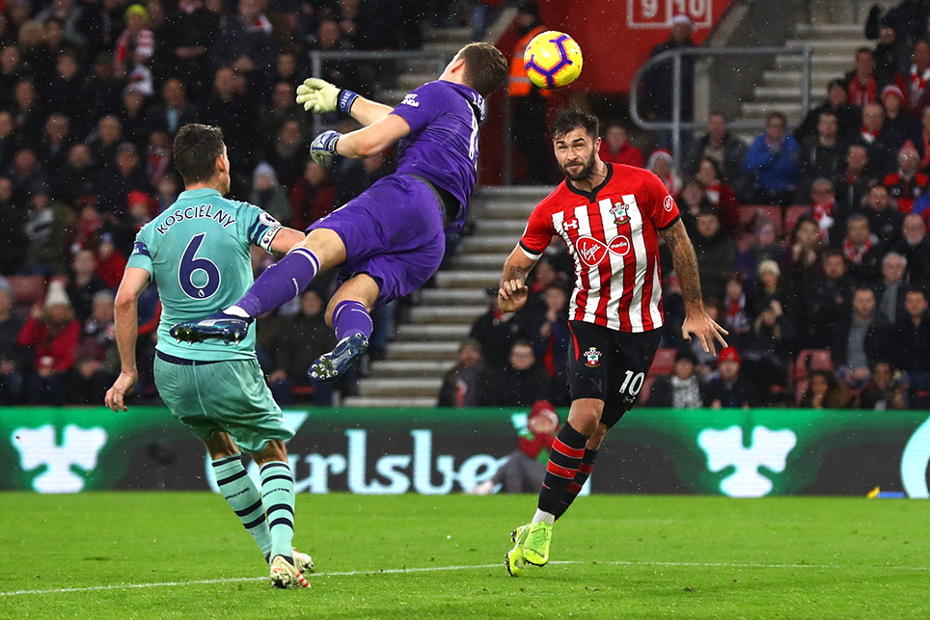 Charlie Austin not only earned Ralph Hasenhuttl's first victory as Southampton manager with his winner against Arsenal on Sunday, he also continued his record of scoring every time he has faced the Gunners.

For more on Austin's five-match scoring streak and other key statistics from Matchweek 17, see below. For all stats and head-to-head records, click on the fixtures.

Manchester City's Raheem Sterling scored only his second headed Premier League goal and his first since December 2015 against Sunderland.

Since his PL debut in February 2017, Luka Milivojevic has scored 16 goals, more than than any other Crystal Palace player.

Salomon Rondon has four goals in his last six PL matches, as many as in his previous 24 in the competition.

Mauricio Pochettino is the first Tottenham Hotspur manager to reach 100 Premier League wins, doing so in his 169th match with them.

After going 16 matches without a goal or assist in the Premier League, Robert Snodgrass has been directly involved in five goals in his last four fixtures, with two goals and three assists.

Chelsea's Willian has been directly involved in 50 Premier League goals, producing 27 strikes and 23 assists. He is the third Brazilian player to reach this landmark, after Philippe Coutinho, with 76, and Roberto Firmino's 64.

Charlie Austin has scored in all five of his Premier League matches against Arsenal. Only Sterling, with six against AFC Bournemouth, has a better 100 per cent record of scoring against a specific PL opponent.

Xherdan Shaqiri has become only the second player to score at least two goals in their first ever match against United for Liverpool, and the first since Nigel Clough did so in January 1994.