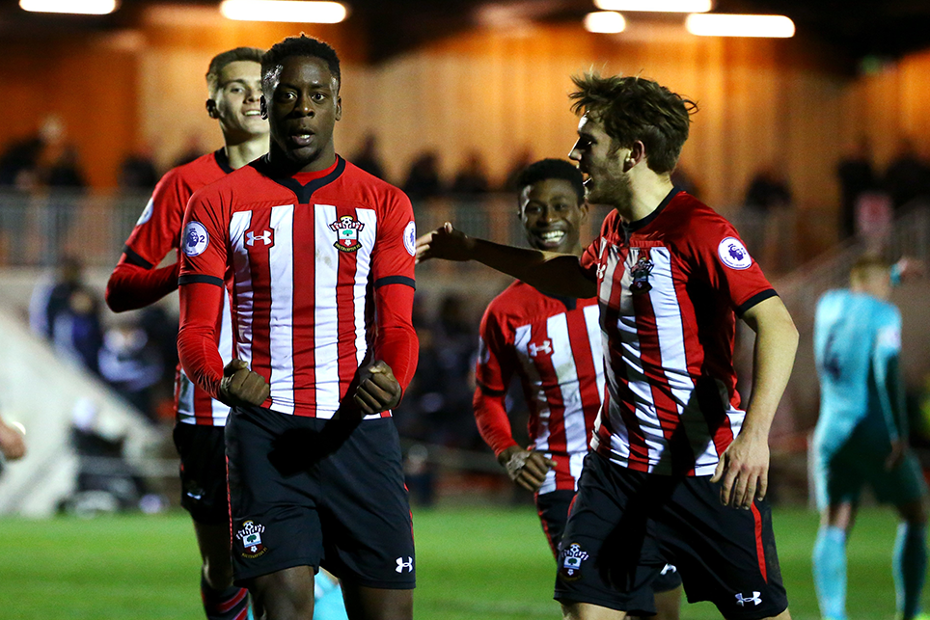 Goals from Will Smallbone and Jonathan Afolabi earned a 2-1 win against Newcastle United that put Southampton level on points with Premier League 2 Division 2 leaders Wolverhampton Wanderers.

Smallbone broke the deadlock on 54 minutes, when he found the net from close range after a scramble in the penalty area.

Afolabi (pictured above, left) made it 2-0 following good work by Nathan Tella eight minutes later, before Callum Roberts scored a 75th-minute penalty for the visitors at Staplewood.

But Saints held on to move up to third on 24 points, behind Wolves and second-placed Reading on goal difference.

Newcastle are five points behind Southampton in sixth position.