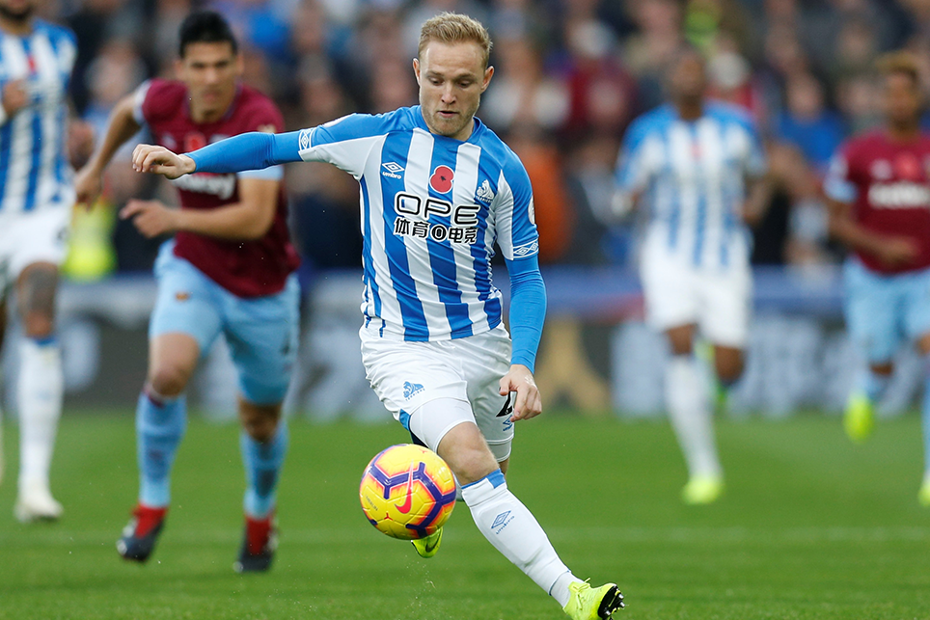 The Huddersfield Town midfielder is owned by only 0.1 per cent of FPL managers for the home meeting with Newcastle United.

Pritchard has stepped up his goal threat considerably ahead of the Magpies' visit on Saturday afternoon.

The former Norwich City man scored in a 1-1 home draw with West Ham United in Gameweek 12.

And his underlying numbers since then raise his potential in Fantasy.

Over the last four Gameweeks, Pritchard has produced 11 shots, of which eight have been inside the penalty area.

Not only are both those totals more than any Huddersfield team-mate, they also rank among the top four for FPL midfielders.

Newcastle travel south having faced 237 shots, the fourth-worst record in the Premier League.

Indeed, they are one of five opponents in the next six Gameweeks who score only two in the Fixture Difficulty Rankings (FDR).

This suggests that Pritchard can be a handy cut-price source of points for this weekend and the busy upcoming winter period.