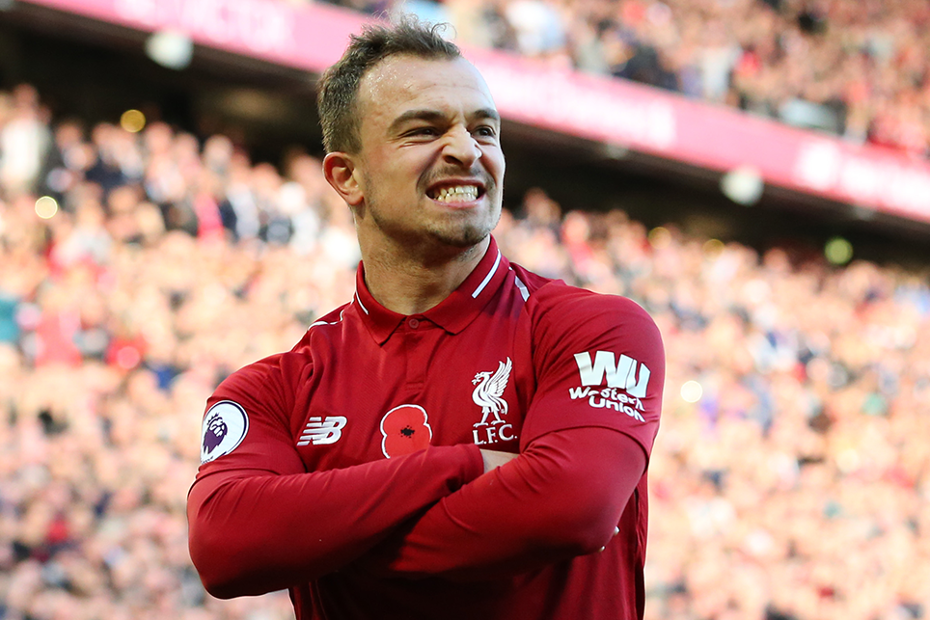 Jürgen: Burnley are a different cup of tea - we have to be ready External Link
GW15 Captains: Kane favoured to deliver
GW15 Ones to watch: Sane set to stay in form

His fellow winger Sadio Mane (£9.8m) will be assessed after sustaining a cut to his foot ahead of the Turf Moor encounter.

Owned by only 2.8 per cent, Shaqiri can offer FPL managers a big differential for Gameweek 15. He has two goals and four assists in his last eight matches.

Burnley, meanwhile, have conceded 17 goals in the last six Gameweeks.

The Scot is the second-most owned defender in FPL, sitting in 33.0 per cent of squads.

Doubts over Robertson are set to raise interest in his team-mate Trent Alexander-Arnold (£5.3m).

The teenager is the most-bought defender in the Gameweek, earning more than 161,000 new owners after scoring 31 points in his last three matches.

Managers on the lookout for a premium defender should also consider Kieran Trippier (£6.2m).

The Tottenham Hotspur right-back is available again for a home match with Southampton.

Trippier has one goal and four assists in 11 appearances and is set to embark on a very favourable winter schedule.

According to the Fixture Difficulty Rankings (FDR), only one of Spurs' opponents between Gameweeks 15-27 score more than three.