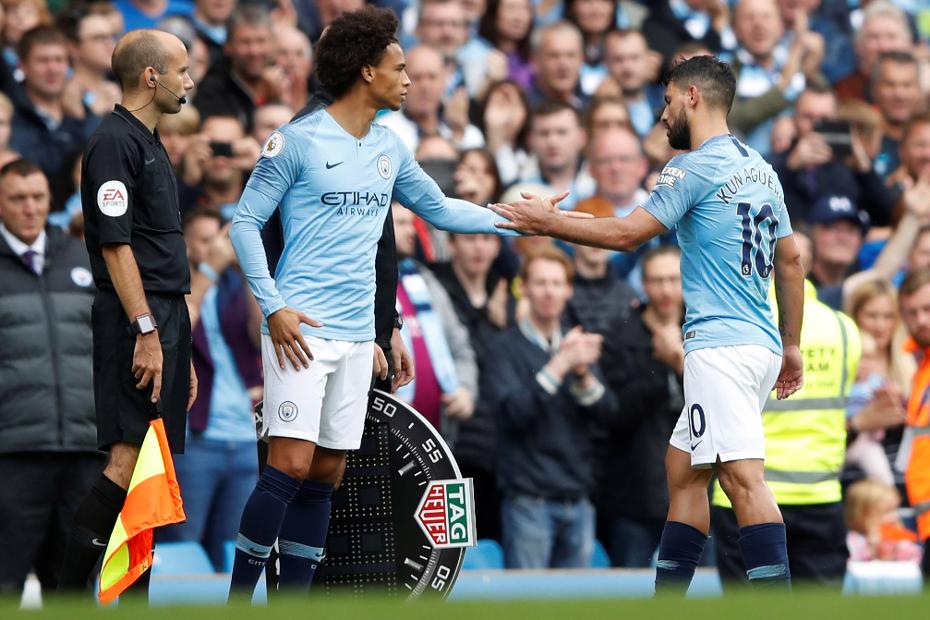 Fantasy experts are advising to double-up or triple up on Man City assets, with Leroy Sane a popular recommendation

The omission of Sergio Aguero (£11.4m) from Manchester City's 3-1 win over AFC Bournemouth on Saturday has provoked much debate among the Fantasy Premier League panel of experts.

Should Aguero be sold? Should Harry Kane (£12.4m) replace him? Or should FPL managers keep the faith in Man City's superstars in spite of their rotation risk?

Opinion, as often is the case, was divided.

Nick and Tom (@WGTA_FPL): I wouldn’t rush to sell any Man City assets. They are the best attacking team in the Premier League and any sales could backfire. Transfer wisely after much thought and no knee-jerk decisions.

Lee Bonfield (@FPL Family): City are so devastating in attack, a double-up looks sensible, if not a treble-up. Leroy Sane (£9.4m) gets my vote. He looks so dangerous and should see plenty of festive minutes with Benjamin Mendy (£6.2m) unavailable.

Sam Bonfield (@FPL Family): The dilemma of the best Man City pick rages on. I was fairly sure I was losing Eden Hazard (£11.0m) for Sane, now I’m pondering losing Mohamed Salah (£13.0m) for Raheem Sterling (£11.5m), too. The risk of rotation over the winter especially is huge, even more so with Aguero’s injury, but their free-flowing attack makes it worth the risk.

Holly Shand (@FFCommunity): Provided that Aguero is back fit for Watford, I’ll be keeping him, along with Sterling and Aymeric Laporte (£6.1m). Sterling was a great pick at the weekend and is a fantastic captain contender both home and away. I reckon a City triple-up should yield points this month.

Neal Thurman (@nealjthurman): Spurs crumbled in the north London derby but their upcoming schedule is favourable. Rather than trying to figure out the likely rotation at City, moving from Aguero to Kane seems the prudent move.