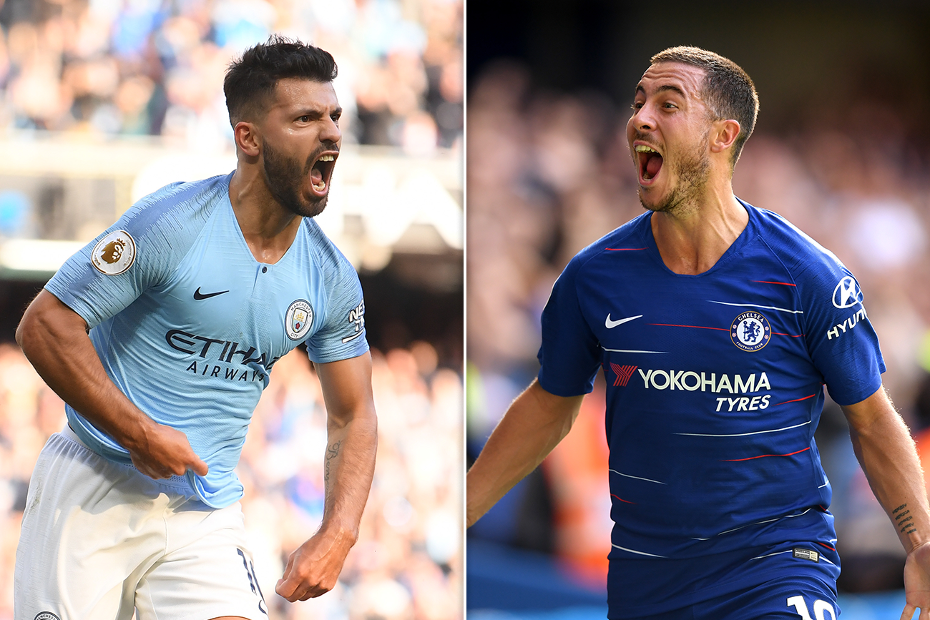 Sergio Aguero (£11.3m) and Eden Hazard (£11.3m) are the big favourites for the captaincy in Gameweek 11 of Fantasy Premier League.

Both are among the top three most popular players in FPL, owned by 51.2 per cent and 44.6 per cent respectively.

The two stars have very favourable home matches to boost their potential this weekend.

Aguero and Manchester City will entertain Southampton, while Hazard is expected to be fit for Chelsea’s meeting with Crystal Palace at Stamford Bridge.

Their home records are remarkably similar, with Aguero just edging Hazard by 47 points to 46.

The Argentinian has been more consistent, producing a goal or an assist in all five of his appearances at the Etihad Stadium.

However, Hazard has been the more explosive pick. He has three double-figure hauls to the one of Aguero.

There are strong alternatives from their respective sides.

The winger remains a somewhat risky pick, having been named on the bench in their last home match.

But at just 6.8 per cent ownership, Sterling could be a huge differential.

Marcos Alonso (£7.0m) is the second top-scoring player in FPL on 72 points.

The Chelsea left-back is also capable of delivering big hauls and has recorded 10 or more points on four occasions.

Holly Shand (@FFCommunity): Aguero, Hazard and Mohamed Salah (£13.0m) are the standout options. Going with the home player has been a successful tactic, so it’s between Aguero and Hazard for me. Hazard’s recent injury is enough to swing things in Aguero’s favour: with an overall rank of 2,000, I’m playing safe.

Chuck Booth (@ChuckBoothSport): It's a tough week to decide who gets the armband but since I'm not that keen on owning Aguero, let alone captaining him, I'd have to take a rested Hazard versus Crystal Palace, providing he's fit. It's not that the Eagles' defence has been particularly bad, it's just that Hazard looks unstoppable.

Ben Crabtree (@FC_CrabDogg): I'm torn this week between Aguero, Sterling and Hazard. Aguero's failed to score big in all but one good home fixture but you can't put it past him to deliver a huge haul. I'm leaning towards Sterling as a more explosive option, with Hazard as the vice-captain in case he doesn’t feature.

Lee, FPL Family (@FPLFamily): I’m tempted by one of Jurgen Klopp’s main men away to Arsenal, particularly Salah. Aguero’s home form should win out, though - unless you fancy a punt on the returning Kevin De Bruyne (£9.8m), who will be fired up for his first start of the season. I reckon the Belgian will come back with a bang.

Sam, FPL Family (@FPLFamily): I’m really struggling to decide on a captain this week. I would give the armband to Hazard but, with some uncertainty regarding his fitness, it feels risky. I’m tempted to pick James Maddison (£7.0m) for his trip to Cardiff City instead.

Ash (@FPLHints): I'm not sold on Aguero as the must-have captain due to his limited minutes and a UEFA Champions League match just around the corner. Hazard is the next-best choice along with a rejuvenated Salah.

WGTA (@WGTA_FPL): It's Aguero for us, but Salah deserves to be part of the conversation as the Arsenal match won't be a tight one. This could be a great chance to make a differential play by handing the armband to the most expensive player in FPL.