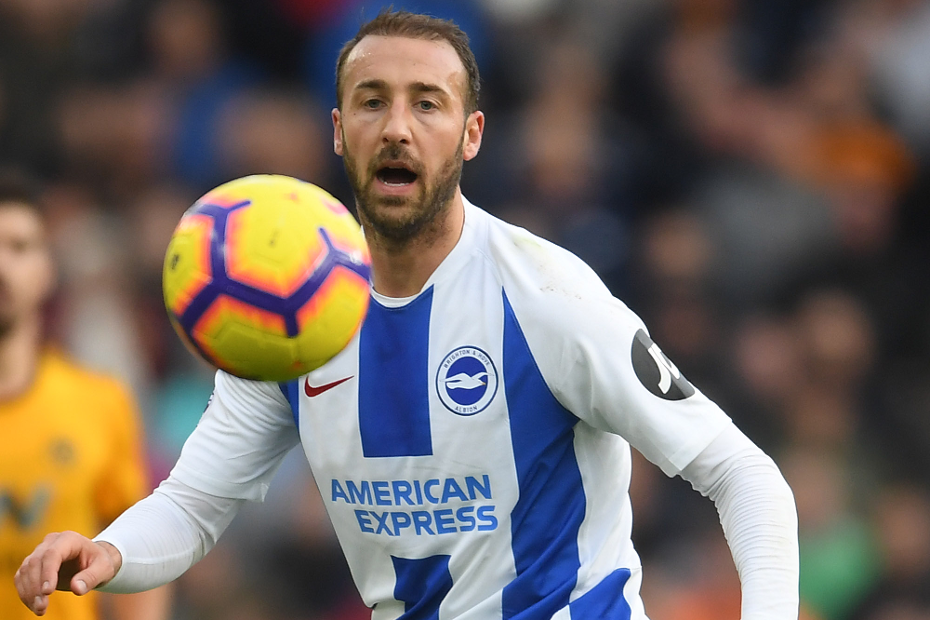 Glenn Murray’s goal for Brighton & Hove Albion on Saturday was not only a landmark because it brought up his century of strikes for the club.

The conversion of Bruno’s driven cross into the net by Murray set a Premier League record for the oldest pair to combine for a goal in the competition, as well as winning the match against Wolverhampton Wanderers.

They combined to beat the record of 72 years and 168 days set when Paul Scholes (35y 273d) assisted Ryan Giggs (36y 260d), who scored for Manchester United against Newcastle United in August 2010.

That mark eclipsed the record set seven years earlier by 109 days, which came when Portsmouth's Tim Sherwood teed up Teddy Sheringham to find the net against Charlton Athletic.

*rotate to view table in full on mobile

Murray’s strike was his sixth goal of the season, halfway to matching his total of 12 in 2017/18, a tally he is keen to beat this campaign.

"I know I’m not going to fly past anyone with my pace, so I stick to what I’m good at and try and help the team," Murray told Brighton’s official website.

"I haven’t got a long time left. I take an extra second to look around the stadium and look at who I am playing against and cherish those moments."