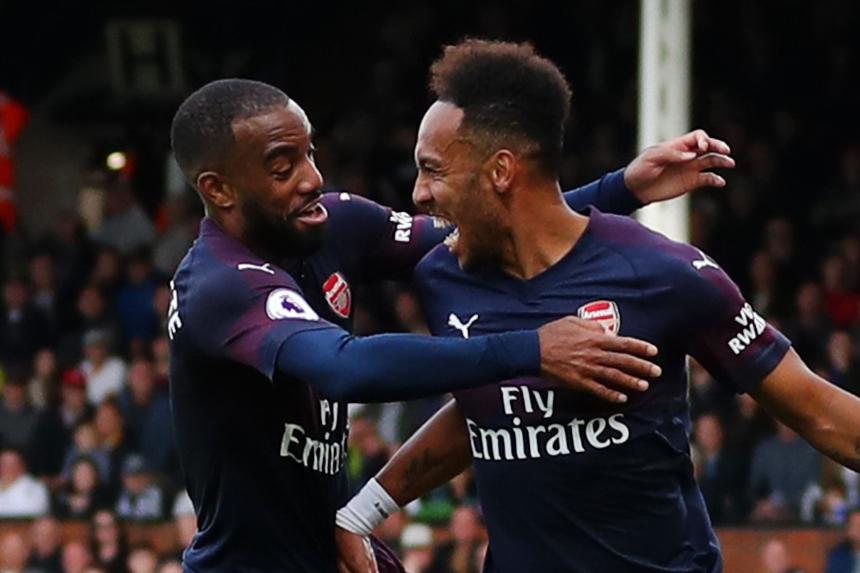 Pierre-Emerick Aubameyang (£10.8m) and Alexandre Lacazette (£9.7m) are among the in-form options for the captaincy in Gameweek 10 of Fantasy Premier League.

Liverpool's home match with Cardiff City means that Mohamed Salah (£12.8m) is expected to be the go-to captain pick.

But the Arsenal strikers can also supply major points at Crystal Palace on Sunday.

Back-to-back two-goal hauls from Aubameyang have earned him over 104,000 transfers in for Gameweek 10, more than any other forward.

And interest in Lacazette is also rising for the Selhurst Park encounter.

Over 68,000 managers have bought the Frenchman, who has produced a goal or an assist in six of the last seven Gameweeks.

Impressively, Lacazette has 29 points over his three away starts.

Eden Hazard (£11.4m) is another player who could deliver a major haul as Chelsea travel to Burnley.

However, captaining Hazard comes with a risk attached. He is a doubt for the Turf Moor match due to a back problem.

The Cottagers are the only side yet to record a clean sheet and have conceded 25 goals in nine Gameweeks.

Wilson and King recorded 14 and 13 points respectively in their previous away match, a 4-0 win at Watford in Gameweek 8.