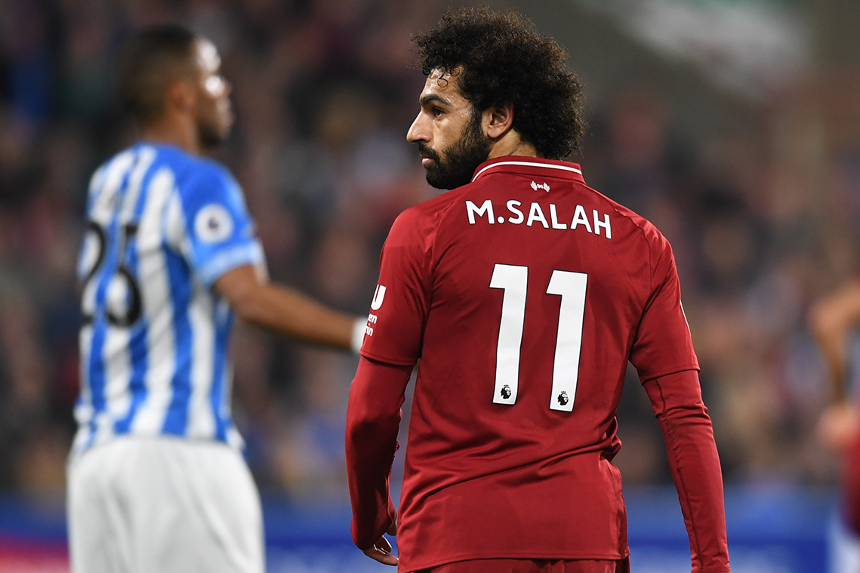 The prospect of a central attacking role enhances the position of Mohamed Salah (£12.8m) as a leading captaincy contender in Gameweek 10 of Fantasy Premier League.

Encouragingly for his 30.4 per cent owners, Salah played as a centre-forward in the 4-0 victory.

He also took and converted a penalty since their first-choice taker James Milner (£5.7m) was not on the pitch.

Salah now plays at home to Cardiff City, who have conceded 17 goals in the last six Gameweeks.

That will raise expectations of a big return from last season’s top-scoring player in FPL.

Salah's appeal as a captain pick has dropped in recent matches.

Indeed, he has been ranked only fourth for the armband in each of the last two Gameweeks.

Only 586,000 managers captained him for Liverpool's trip to Huddersfield Town last weekend.

But his goal at the John Smith's Stadium, followed by Wednesday's double, indicates a return to form.

And with Aguero visiting Tottenham Hotspur and facing Harry Kane (£12.5m) on Monday night, the Liverpool star can be the go-to captaincy option.

Both will be backed to deliver against the Bluebirds' vulnerable defence. Indeed, Mane has secured 25 points at home, compared to Salah's 27.

The all-round potential of Andrew Robertson (£6.4m) is worth considering too.

Liverpool have kept a clean sheet in all four of their home matches.

With Robertson also providing an attacking threat down the flank, the left-back has averaged 8.3 FPL points per appearance at Anfield.

Holly Shand (@FFCommunity): It's all about Liverpool players for the captaincy this week, with Salah the go-to option. I'd be inclined to give Mane or Robertson the armband if you don't own Salah, rather than searching for options in other fixtures.

Tom WGTA (@WGTA_FPL): Finally, a Gameweek where we can get excited about captaining Salah again. He's a relative differential too, now he's down to 30 per cent ownership. No contest.

Jay Egersdorff (@JEgersdorff): I don't have Salah and bringing him in would require major squad reconstruction, so I'm likely to go with Mane and hope that if Salah does fire, it's Mane providing the bullets.

Sam, FPL Family (@FPLFamily): On the back of three goals in his last two matches in all competitions, the obvious pick for me is Salah. However, Robertson is another excellent option and offers the prospect of a clean sheet with attacking returns.

Ash (@FPLHints): As easy as it is to consider Salah or Mane as captain picks, Alexandre Lacazette (£9.7m) or Pierre-Emerick Aubameyang (£10.8m) stand out for me as viable alternatives for in-form Arsenal's meeting with Crystal Palace.

Ben Crabtree (@FC_CrabDogg): If he is fit, Eden Hazard (£11.4m) will be my captain against a leaky Burnley defence. If the Chelsea winger misses out, I fancy Raheem Sterling (£11.2m) to belatedly reward those managers who bought him last week.

Chuck Booth (@ChuckBoothSport): Callum Wilson (£6.5m) is my differential captain choice. The AFC Bournemouth forward is up against a Fulham defence that has conceded more goals than any other side.