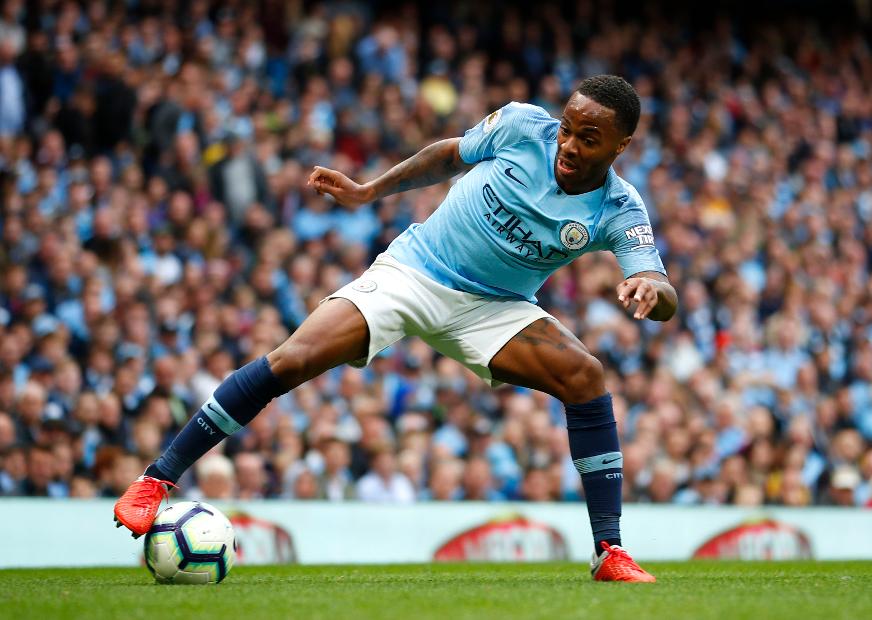 Robbo: It's a clean slate against City External Link

The sparkling form of Raheem Sterling means he deserves to be mentioned alongside Eden Hazard and Mohamed Salah as one of the most dangerous wide forwards in football.

Bursting into the box at regular intervals, tormenting full-backs with his trickery and pace, Sterling has scored four goals in five Premier League starts, with a couple of assists on top.

The Manchester City star could not be in better shape ahead of his latest return to his former club Liverpool.

The way Sterling uses his speed and movement to trouble defenders has come on in leaps and bounds under Pep Guardiola.

The 23-year-old makes a lot of sprints – his record of 21.8 per 90 minutes ranks him second only to Leroy Sane in the division – and this tests defenders’ physical and mental fortitude.

But under a head coach who demands interchangeable runs in forward areas, Sterling is also showing great intelligence too.

By accelerating into space behind his markers at the right moments, Sterling has touched the ball more times inside the opposition penalty area than any other Premier League player this term.

During the last three seasons he has consistently excelled in this facet of the game.

Sterling has tasted only defeat at Anfield as a City player, returning there four times in all competitions.

Despite this poor run of results, the wide man continues to show big improvements in his own individual game.

Delivering superior end product than we have seen previously from him in the top flight, Sterling’s stats and contributions are on an upward trajectory.

Brimming with confidence, and with such variety to his play now, Sterling’s battle with Liverpool left-back Andrew Robertson will be fascinating viewing this Sunday.

It pits two improving young players against one another in peak form.

His recent record at Anfield is not great, but Sterling is playing well enough to make a difference for City in this heavyweight duel.