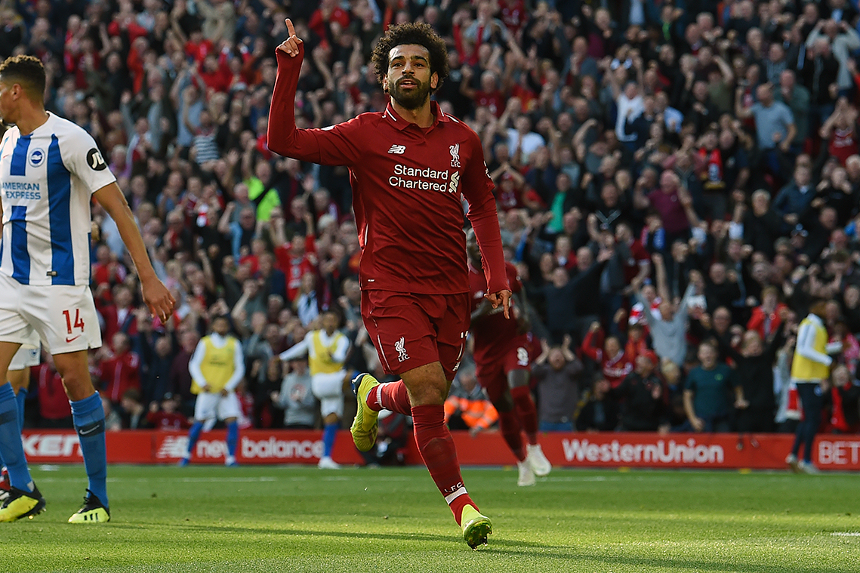 The weekend showdown between Mohamed Salah (£12.9m) and Sergio Aguero (£11.4m) at Anfield has had a major impact on the plans of Fantasy Premier League managers.

Salah is the most-sold player in the Gameweek, moved on by over 210,000 for Liverpool's home match with Manchester City.

And Aguero has had more sales than any other forward, with over 85,000 parting company.

Yet Salah, in particular, should not be overlooked for the armband ahead of Friday's 19:00 BST Gameweek 8 deadline.

The Egyptian’s home form can be decisive for Jurgen Klopp's side.

Salah has scored in all three of his Anfield appearances, averaging eight points per match (ppm).

Aguero’s away form is less persuasive.

The Argentinian has one goal and 10 FPL points in his three away matches. He has also never scored at Anfield.

However, the underlying statistics boost his prospects.

Aguero has produced a shot on goal every 17.7 minutes in away fixtures.

And that is more frequent than Salah’s average of 22.4 minutes per shot at home.

Yet there are other in-form candidates to consider.

Jamie Vardy (£8.9m) will go into a home match against Everton after totalling 19 points in his last two Gameweeks.

He has scored three goals in his last two Premier League home meetings with the Merseysiders.

Aleksandar Mitrovic (£7.0m) and Alexandre Lacazette (£9.5m) are both in excellent form ahead of their encounter at Craven Cottage.

Mitrovic has five goals and an assist from the last six Gameweeks.

Lacazette has 30 points over his four starts since securing a place on the Arsenal teamsheet in Gameweek 4.