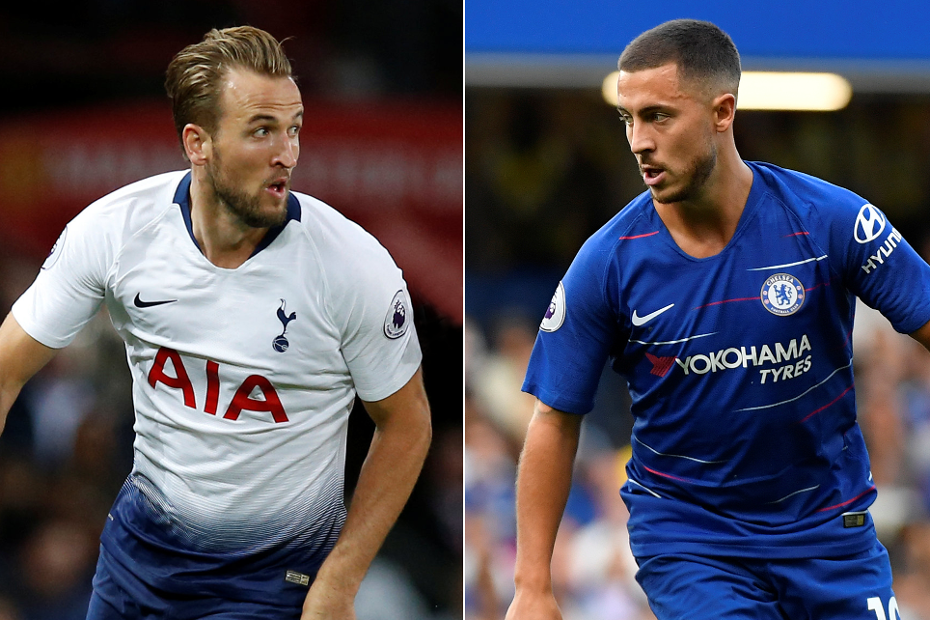 GW8 Captains: Home form in Salah's favour
Buy Kane? The FPL experts have their say
GW7 Lessons: Kane on the up

Both Harry Kane (£12.5m) and Eden Hazard (£11.1m) have the chance to reward their growing Fantasy Premier League ownership in Gameweek 8, with strong fixtures to boost their potential as captains.

Kane and Tottenham Hotspur host Cardiff City on Saturday, while Hazard will travel to Southampton with Chelsea the next day.

And in a Gameweek where big-hitters Mohamed Salah (£12.9m) and Sergio Aguero (£11.4m) meet at Anfield, Hazard and Kane can become the top armband picks ahead of Friday's Gameweek 8 deadline of 19:00 BST.

Hazard is the most-bought player in the Gameweek, transferred in by over 274,000 managers.

He is also the top-scoring player in FPL on 60 points, and has returned double-figure hauls in three of his last four matches.

Southampton have lacked resilience, conceding at least two goals in five of their last six Gameweeks.

And Hazard has strong form at St Mary's, having scored in three of his last four Premier League visits there.

Interest in Kane has also soared after a return to scoring form.

He has earned over 180,000 new owners, more than any other forward.

Kane produced exactly half of his 44 points in the last two Gameweeks, scoring three goals and earning six bonus points.

Such form looks ominous for the Welsh side, who have conceded 13 goals in the last four Gameweeks.

Along with Hazard, Kane has the form to be the most explosive captain pick for managers keen to overlook Salah and Aguero.

Holly Shand (@FFCommunity): Kane is the obvious captain pick this week, but for the 71 per cent of managers who don’t own the Spurs man, Hazard looks the best alternative. If you want a differential, consider Aleksandar Mitrovic (£7.0m) or Jamie Vardy (£8.9m).

Paul Gee (@fplPaulGee): It's hard to look past Kane or Hazard but the in-form Marko Arnautovic (£7.0m) could be a great armband pick. He has scored in four of his last five appearances.

Lee, FPL Family (@FPLFamily): As a non-Kane owner, I’m scared and excited in equal measure for Gameweek 8. Scared of a huge Kane haul, of course, but also excited to captain a differential. I’m eyeing up Arsenal’s in-form Alexandre Lacazette (£9.5m) against the Fulham defence on Sunday.

Sam, FPL Family (@FPLFamily): The Liverpool v Manchester City match throws the captaincy options wide open. Kane is the standout option but I really like the prospects of his team-mate Kieran Trippier (£6.2m). He has a strong chance of a clean sheet and will be on set-plays with Christian Eriksen (£9.2m) still injured.

Mark McGettigan (@FPLGeneral): Kane is the standout pick this week. I don’t own the Spurs striker so am instead backing Hazard, while I like Arnautovic as a differential.

Ben Crabtree (@FC_CrabDogg): Picking Kane as captain has paid off for me in the last two Gameweeks and I am optimistic for further goals on Saturday. I think his north London rival Lacazette is another great option.