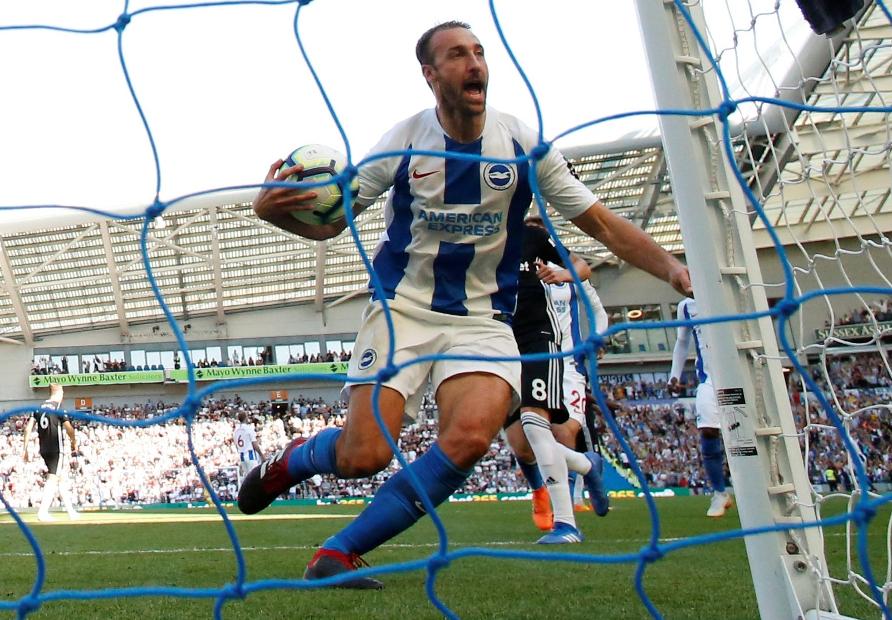 Mauricio: "It's important to be strong" External Link

Tottenham Hotspur have been aerially fragile this season.

Not only have target men such as Joselu, Aleksandar Mitrovic and Troy Deeney scored against them with headers, but also the goals they conceded to Craig Cathcart and Georginio Wijnaldum came from those players' heads.

The only non-headed goal Spurs have let in in the Premier League, scored by Roberto Firmino last weekend, was a tap-in from a wide cross relished by centre-forwards.

The Seagulls have enjoyed fantastic home form in 2018, losing just twice in the Premier League.

Murray has been at the forefront of that form at the Amex Stadium. Only Mohamed Salah and Sergio Aguero have scored more PL goals at home than Murray, who has eight in front of Albion fans this calendar year.

Spurs will need to cut out Murray’s supply at source. This means paying attention to Brighton’s right, where full-back Martin Montoya and winger Anthony Knockaert have shown excellent form.

Both play with great energy and possess a creative edge, which means the Spurs left-back, be it Ben Davies or Danny Rose, will be in for a testing afternoon.

Knockaert has been particularly eye-catching. Having clocked a top speed of 34.3km/h, Brighton’s fastest of the campaign, the Frenchman has pace.

And with six key passes and three assists to his name, he is high on confidence.

Knockaert is sure to test his opposing full-back with a flurry of sprints on and off the ball.

Only three players have made more top-speed bursts in 2018/19.

Montoya is also in a rich vein of form.

The former Barcelona right-back has stepped in for club captain Bruno with aplomb, making 11 interceptions in just four PL appearances.

Going forward he is making a stack of contributions, too. The Spaniard has created five chances for five different team-mates through his forays down the right.

The 27-year-old’s accuracy from wide positions has been outstanding. Indeed, he has yet to send over a cross that has not reached a team-mate.

So when interceptions are made, and the Seagulls’ total of 87 is the most of any PL team this season, gaps may appear down the flanks.

Given the accuracy of Montoya, the pace and creativity of Knockaert, and the form of Murray, Spurs will need to be wary of the counter-attack.

If they are not on their guard, a fourth successive defeat in all competitions could be on the cards.