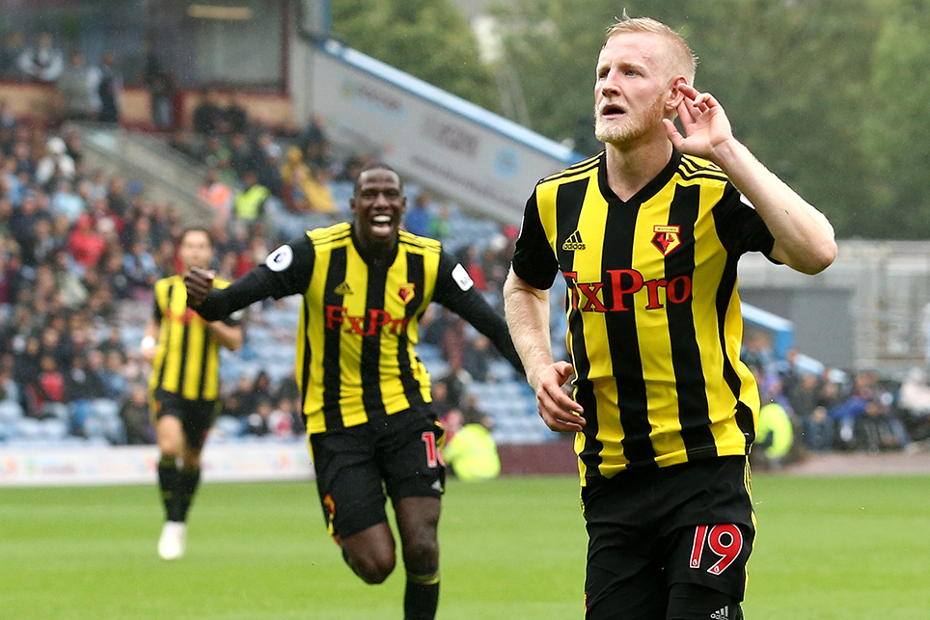 Foster: We can hold our heads high External Link

Fulham have established a deserved reputation for their attractive attacking football. But, as they prepare to face Watford on Saturday, head coach Slavisa Jokanovic should focus on their defence.

In possession, Fulham look to make the pitch as big as possible, spreading their players out high and wide to create space.

This makes them difficult to play against but also vulnerable when the ball is lost.

The Cottagers can be short-handed in the transitions after possession has been squandered, with their centre-backs badly exposed.

In only five matches they have conceded four times from turnovers.

As the graphic below shows, the goals scored against them by Harry Kane, Jeff Hendrick, Glenn Murray and Leroy Sane all stemmed from moments when the ball was turned over.

With both full-backs and most of their outfield players ahead of play when possession has changed hands, Fulham's structure has not been compact enough to cope with the breakaways.

Watford will prey on this weakness.

However, Jokanovic's men must be wary of the Hornets' strength and physicality.

Strikers Troy Deeney and Andre Gray will press from the front. Behind them a quartet of narrow central midfielders, including the powerful Etienne Capoue and Abdoulaye Doucoure, will hunt in packs to create those all-important turnovers and interceptions.

Watford are excellent at this aspect of the game. In the last five matches, they have repeatedly won the ball back in good areas of the pitch.

Watford's Roberto Pereyra and Will Hughes have both scored from fast breaks this season, and Gray is terrific at racing in behind when opponents are stretched.

To avoid these potential issues, Fulham must pass the ball quickly but with care and avoid committing too many bodies forward.

No Premier League team have faced more shots than Fulham.

A total of 37 efforts on goal have been attempted against them, the same as Burnley and two more than West Ham United, with 35.

Search for a settled defence

In addition to their problem with counter-attacks, Fulham are still searching for the right combination at the back.

Jokanovic has made at least one change to his back five of goalkeeper and defence in each match, with two alterations made there in each of their last three contests.

Finding a settled defensive unit, along with a style of play that does not leave them so unprotected on turnovers, will make a huge difference to Fulham.

Ahead of their meeting with Watford they have leaked 2.4 goals per match.

If they maintain that average at Craven Cottage, a second league victory will be hard to achieve.