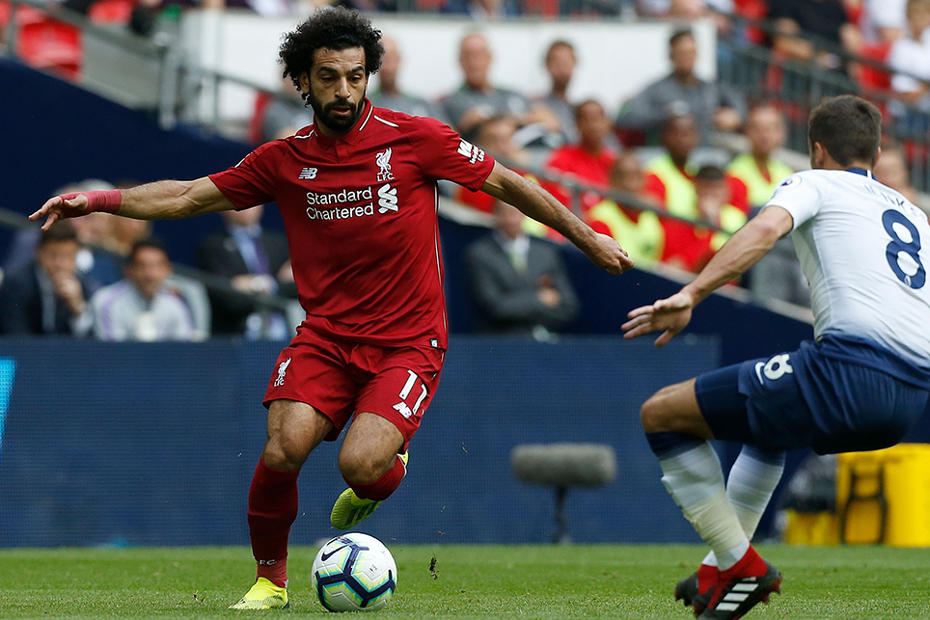 The Liverpool midfielder has placed second behind the Argentinian in the captaincy running in each of the last two Gameweeks.

And having failed to produce points in back-to-back matches, FPL managers are losing faith in Salah.

He is the most-sold player ahead of Gameweek 6's 1130 BST deadline.

But Liverpool's home match with Southampton can reignite his prospects.

Salah was involved in four of his side's five goals against Saints in their two meetings last season.

That included two goals in a 3-0 win at Anfield in Gameweek 12.

Aguero also has a strong fixture, as Manchester City travel to Cardiff City.

He recovered from an ankle problem to feature as a substitute against Lyon in the UEFA Champions League on Wednesday evening.

The striker is the top-ranked player for shots on goal, firing 25 to Salah's 23.

But Aguero failed to produce a goal or an assist in either of his two away fixtures this season.

Salah, on the other hand, has scored in both of his appearances at Anfield.

That could be decisive for managers still uncertain who to captain in Gameweek 6.

Holly Shand (@FFCommunity_): Salah, Aguero and Eden Hazard (£10.9m) are all vying for my armband. At present I'm on Salah, as he has a home fixture and has scored in both Premier League matches at Anfield this season.

Ben Crabtree (@FC_CrabDogg): Given the number of different captains, I think I'm going to make a big call. There was enough in their match with Inter Milan to suggest that Tottenham Hotspur are regaining form so the armband is on Harry Kane (£12.4m). I own Hazard and Aguero to soften the potential damage in going for the big score.

Neal Thurman: Liverpool at home to Southampton is the fixture to focus on and I'd rate Andrew Robertson (£6.2m), along with Salah and Sadio Mane (£10.0m), as a potential captain. The left-back has big potential for assists and a clean sheet.

Sam, FPL Family (@FPLFamily): Salah is the obvious pick but I'm tempted to take an educated gamble on Lucas Moura (£7.4m). Spurs need a result away to Brighton & Hove Albion after three straight losses, and he's looked their most dynamic player going forward.

Lee, FPL Family (@FPLFamily): With my Wildcard team unlikely to feature Salah, I'm choosing between Mane, Aguero or Hazard. I'm expecting the Chelsea winger and Marcos Alonso (£6.8m) to cause some chaos and find space on the large London Stadium pitch.