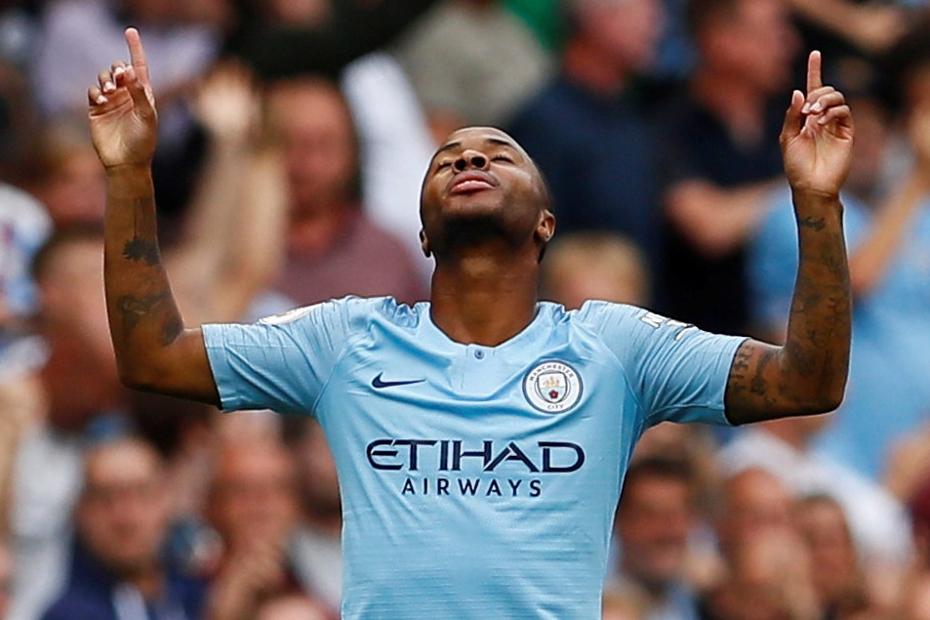 Raheem Sterling can make most of fitness and home form to make a major difference for his 2.5 per cent owners

He is a midfielder selected by only 2.5 per cent of Fantasy Premier League managers yet Raheem Sterling (£11.0m) could be the major differential in Gameweek 5.

Ahead of Fulham's visit to the Etihad Stadium, the Manchester City winger has recovered from a back problem that forced him out of the England squad.

Sterling has scored in two of his three appearances this season and has the tendency to shine when playing in front of the City faithful.

The winger produced 10 points in the Gameweek 4 win over Newcastle United to continue his fine home record from last season.

Fulham rank second-worst for shots on target conceded, with 28, and are one of only five sides yet to earn a clean sheet this season.

Luke Shaw (£5.1m) has been one of the most-sold players for Gameweek 5, but the 9.1 per cent of managers still owning him could be wise to hold on.

The Manchester United left-back has been let go by more than 82,000 owners, second only to the 112,000 who ditched Charlie Daniels (£4.5m) among defenders.

Shaw has recovered from the head injury sustained with England, United manager Jose Mourinho has confirmed.

The defender has started each of his side’s first four Gameweeks, so even if he misses the trip to Watford as a precaution, it may pay off to keep him.

That's because United have an excellent schedule from Gameweek 6 onwards.

Four of their five opponents between Gameweeks 6-10 score just two in the Fixture Difficulty Ranking (FDR).