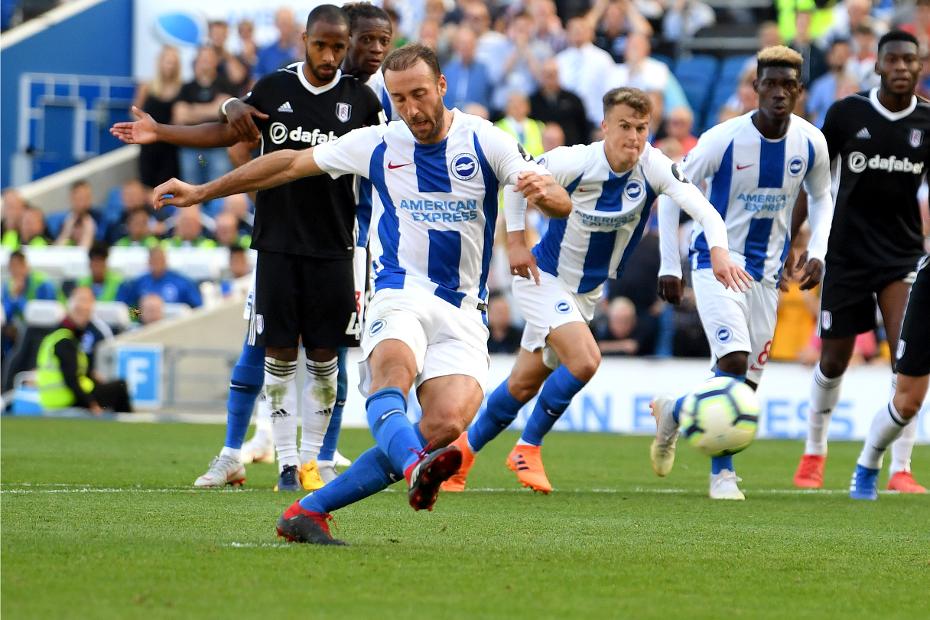 When it comes to performing in the Premier League age is no barrier for Glenn Murray, who has drawn praise from Alan Shearer for his two-goal display against Fulham.

The Brighton & Hove Albion striker scored both goals as his side rallied from 2-0 down to draw 2-2 with the Cottagers, and Shearer says the 34-year-old is still going strong.

Thoughts on @alanshearer's latest #PL Team of the Week? 🤔 pic.twitter.com/0FEex3p1Ng

He kept a clean sheet and more than played his part in a huge three points for Southampton. A great way to celebrate his England call-up.

The Spaniard was assured in everything he did defensively again.

Once again an absolutely outstanding defensive display in front of the watching England manager.

He scored a goal and kept Harry Kane quiet. No mean feat.

He produced another assist and was heavily involved in another win for Chelsea.

The Portuguese midfielder was again impressive and instrumental in the winning goal.

Another brilliant performance in his new role in the Chelsea midfield.

A commanding performance just at the right time.

Two goals and now three this season already for the old stager. He's 35 this month and still going strong in the big league!

He popped up with two goals when his manager and his team needed him most.

He scored a very good goal and showed pace, strength and intelligence all game.

Spurs was his toughest test yet and he passed it with flying colours.