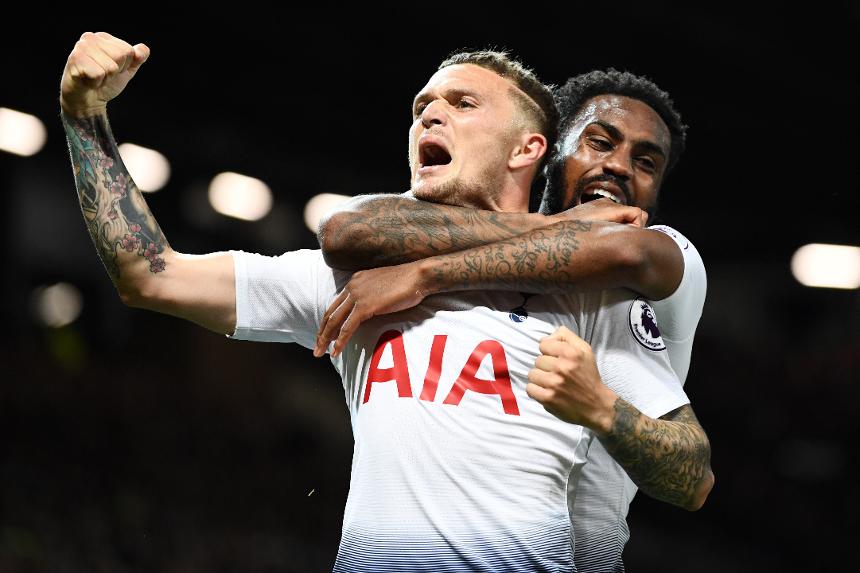 There could be a big points haul on the way for Fantasy Premier League managers with Kieran Trippier (£6.0m) in their squads.

The Tottenham Hotspur right-back is expected to be available for Gameweek 4 despite being taken off in Monday’s 3-0 win at Manchester United.

Trippier sustained a knock in that match but has since trained and manager Mauricio Pochettino has not reported any doubts over his fitness.

It looks like good news for his 23.9 per cent FPL owners. Trippier has recorded back-to-back returns of 11 points in his two starts this season.

He also has a strong record when playing the Hornets. He has produced one goal and five assists against them in the Premier League.

FPL managers should also be aware of potential changes to the Arsenal team for their trip to Cardiff City.

Mesut Ozil (£8.3m) has recovered from illness and Alexandre Lacazette (£9.4m) is pushing for a first start of 2018/19 after impressing as a substitute against West Ham United.

Lacazette earned an assist in the 3-1 victory and could be rewarded with a central role up front.

This could result in Pierre-Emerick Aubameyang (£10.9m) moving to the left against Neil Warnock’s side.

Aubameyang has started as the lone forward in each of the first three Gameweeks but failed to score.