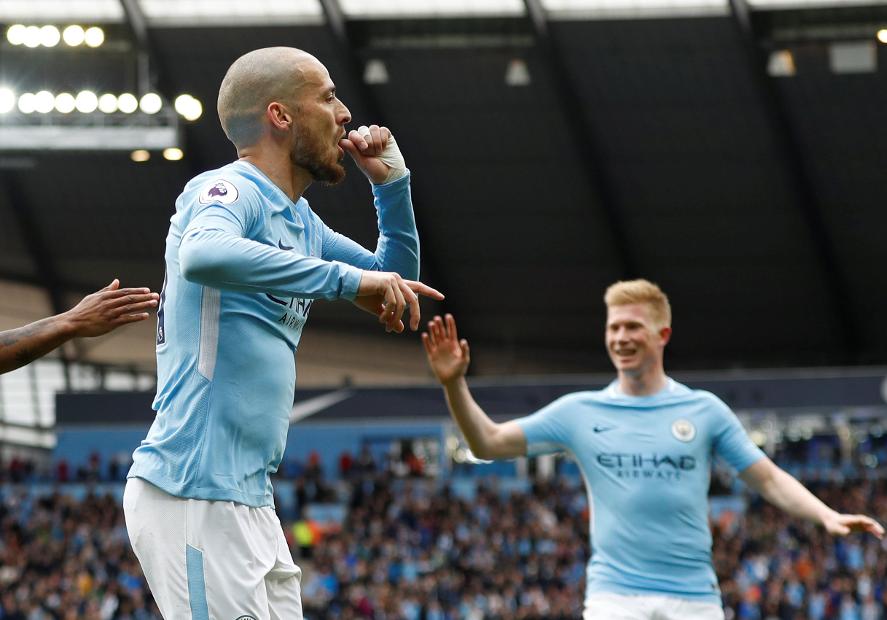 Thousands of Fantasy Premier League managers' worst fears were confirmed on Friday when Kevin De Bruyne (£9.9m) was ruled out for up to three months.

The Belgian was the second-most popular midfielder in Gameweek 1 and has so far been sold by over 573,000 owners ahead of Saturday’s 11:30 BST deadline.

De Bruyne's injury could raise the chances of more minutes for his Manchester City team-mates, starting against Huddersfield Town on Sunday.

Silva's versatility could make him the best De Bruyne replacement.

He scored the second goal in the 2-0 victory at Emirates Stadium and could continue in the middle or move out wide in Pep Guardiola’s front three.

David Silva (£8.5m) may be set to return against the Terriers and is owned by only four per cent of managers.

“Last week he was not fit – he had a problem in his leg – but he trained well in last two or three days," Guardiola told City's official website of the Spaniard.

The Brazilian scored two goals on his first appearance away to Wolverhampton Wanderers before being replaced due to that injury.

Richarlison is the third-most owned midfielder in the game, sitting in 22 per cent of squads.

He has claimed more than 207,000 transfers in ahead of a home debut against Southampton.