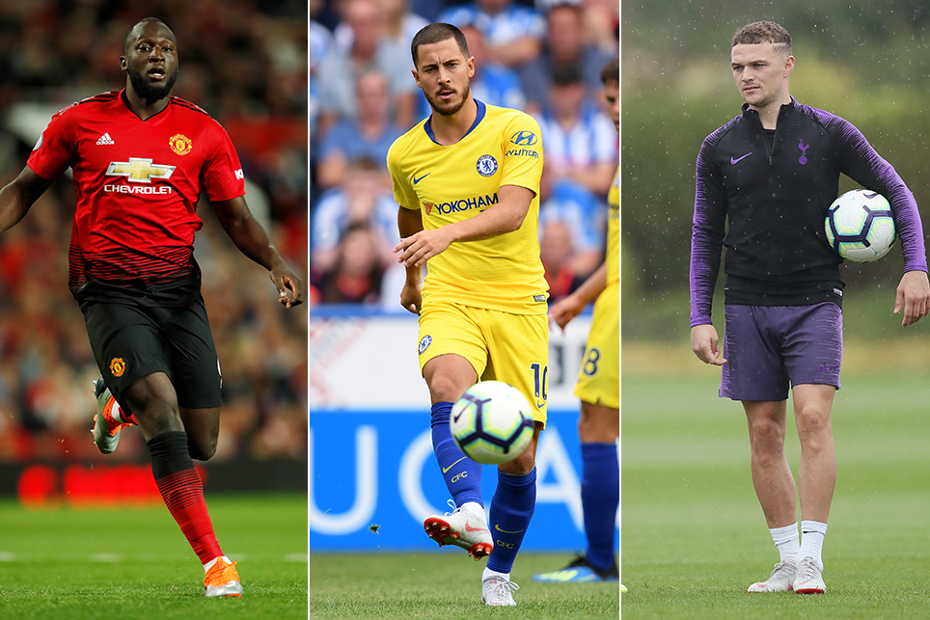 Lukaku, Hazard and Trippier are among the big-hitters who could make a first start of the season in Gameweek 2

There could be a first start of the season in Gameweek 2 for several popular Fantasy Premier League players, including Romelu Lukaku (£11.0m).

The Manchester United forward was one of a number of stars who did not start Gameweek 1 after a late return to pre-season following the FIFA World Cup.

That has meant that Lukaku, who produced 16 goals and seven assists last term, is owned by only eight per cent of managers ahead of Sunday's trip to Brighton & Hove Albion.

Eden Hazard (£10.5m) is pushing for a return as Chelsea host Arsenal.

The winger produced an assist in a 14-minute cameo off the bench at Huddersfield Town.

His record against Arsenal is one for FPL managers to take note of.

The Belgian has scored in three of their last five Premier League meetings at Stamford Bridge.

Return of most popular defender?

The right-back has been sold by more than 142,000 managers after being rested for Gameweek 1.

Yet despite such sales Trippier remains the most popular defender in FPL.

He has a 22.6 per cent ownership after getting seven assists and nine clean sheets last season.

Jamie Vardy (£9.0m) looks set to be named in Leicester City's line-up for the visit of Wolverhampton Wanderers.

He came off the bench to score in a 2-1 loss at Old Trafford in Gameweek 1.

Part 2: FPL team news: De Bruyne out but Silva back