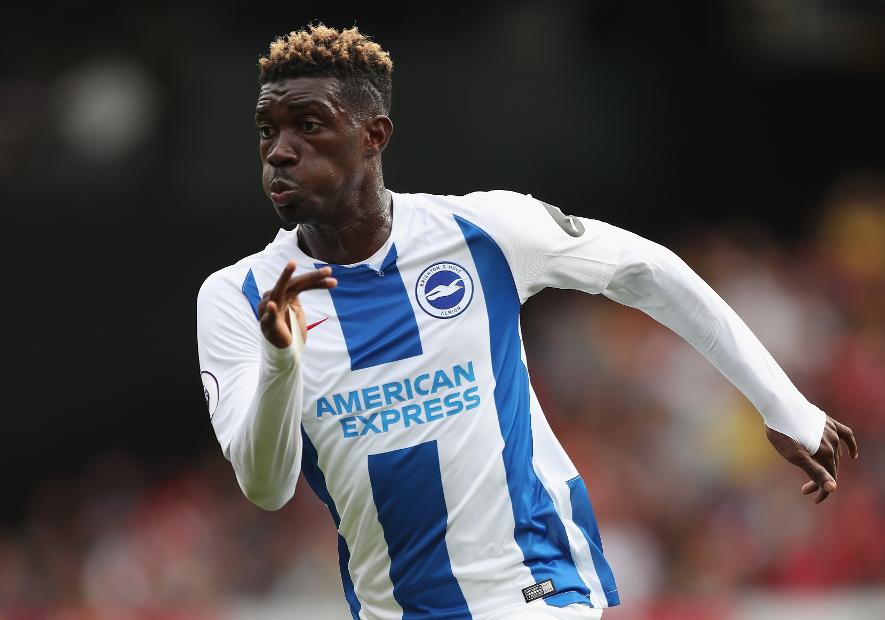 Yves Bissouma’s sparkling 31-minute debut for Brighton & Hove Albion in Matchweek 1 has put him in the frame for a first Premier League start against Manchester United on Sunday.

The 21-year-old midfielder breathed life into Brighton's 2-0 loss at Watford with his nimble footwork and positivity.

Bissouma was introduced as a replacement for Pascal Gross in the No 10 role and produced four successful dribbles and two shots. He was also fouled three times in his short time on the field.

Bissouma made a name for himself with Lille as a powerful box-to-box central midfielder.

He is strong in the tackle and an accurate passer.

Athleticism is common for players in his position but what sets him apart is a combination of extra power and balance.

He can manoeuvre his way out of tight spots with skill and poise, and has a burst of pace that can take him away from opponents.

His running with the ball is a stand-out quality not associated with many central midfielders.

Bissouma’s record in Ligue 1 last term was excellent from 24 appearances, which included 15 starts.

Built in the Pogba mould

If he does start against Man Utd, Bissouma will be in direct competition with a player he resembles stylistically in Paul Pogba.

The Mali international’s frame and footwork are similar to that of United's French FIFA World Cup winner.

Joining forces with the steady and combative pairing of Dale Stephens and Davy Propper, Bissouma would beef up the central third while also offering forward impetus.

This choice would mean moving the influential Gross, who got seven goals and eight assists in Brighton's debut PL season, to a wide role or a place on the bench.

But Bissouma is a talented young player who adds strength and stardust to the Brighton side. It might be a change worth making.

Part 1: Arsenal can stop Jorginho with pressing
Part 2: Wingers will be central to hopes of Cardiff
Part 4: Wan-Bissaka has the tools to stop Mane