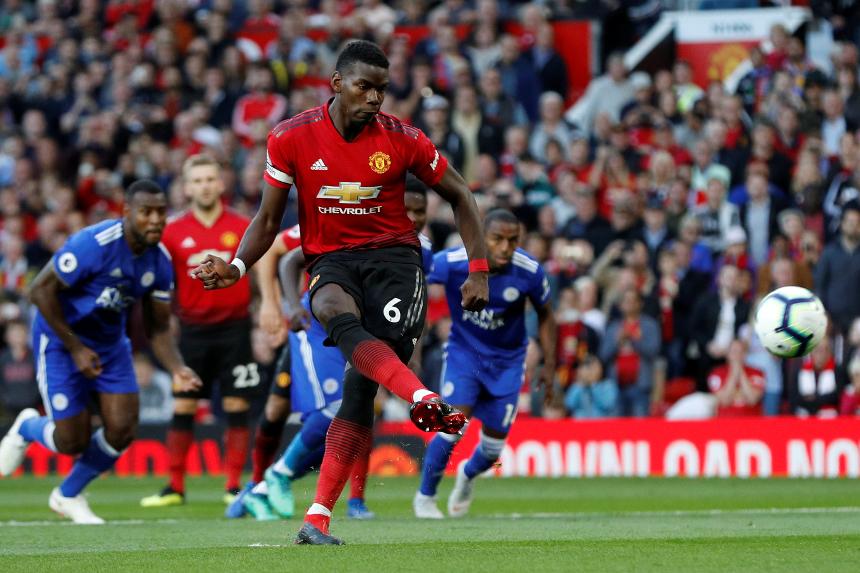 More than 1,000 goals are set to be scored in the 2018/19 Premier League season, and it only took Paul Pogba three minutes to score the first.

The 2018 FIFA World Cup winner slotted in from the penalty spot to put Manchester United ahead against Leicester City in the season opener.

He is the first player from either of the squads to achieve the feat, despite the past four opening fixtures having featured one of these two teams.

United and Leicester avoided the first goalless opener since Tottenham Hotspur and Manchester City drew 0-0 in 2010/11.

It was a very different story last season as Arsenal opened up in a seven-goal thriller, beating Leicester 4-3.

Alexandre Lacazette headed in the opener after just 94 seconds. That was the third time the first goal of the season had arrived inside the opening two minutes.

We've had a few of you calling this your favourite Laca moment...

⏱️ @LacazetteAlex wasted no time on his @PremierLeague debut 😎 pic.twitter.com/5GTCaykglY

Kevin Campbell scored the early opener for Arsenal against Manchester City in 1994/95. Faustino Asprilla was similarly quick off the mark for Newcastle United against Sheffield Wednesday in 1997/98.

Opening from the spot

Pogba's goal is the fourth instance where the opening goal of the season has come from the penalty spot.

Alan Shearer was one of three players to score in the fifth minute on the opening day in 1995/96, for Blackburn Rovers against Queens Park Rangers.

Michael Ricketts converted his fourth-minute penalty for Bolton Wanderers against Fulham in 2002/03, while David Dunn did so for Birmingham City against Spurs in 2003/04.

On only one occasion has the season’s first goal been an own goal. Kyle Walker put the ball into his own net to give Man Utd a 1-0 home win over Spurs in August 2015.