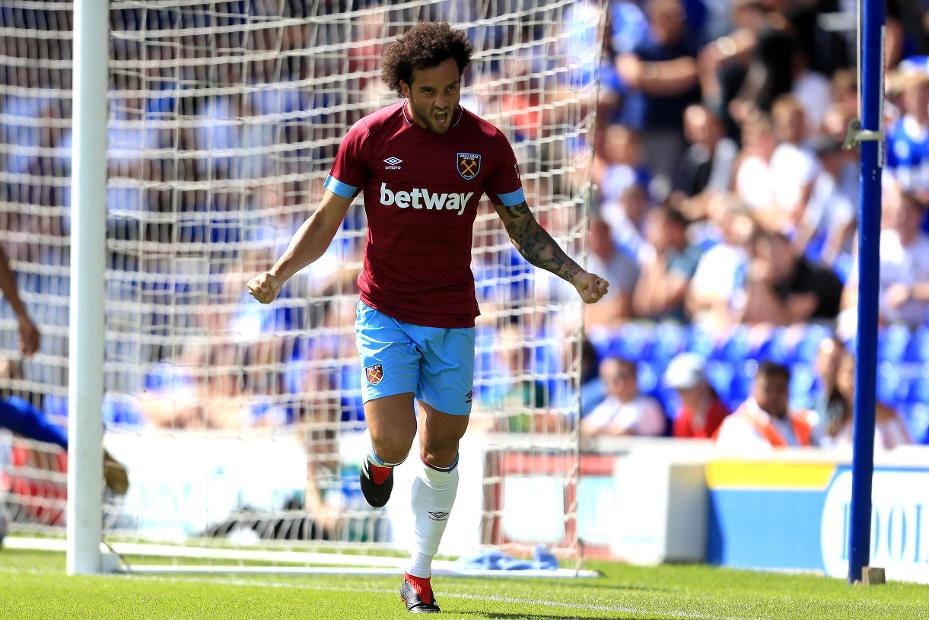 Manuel Pellegrini will aim to make West Ham United a far better technical and creative side in 2018/19.

The experienced Chilean, who guided Manchester City to the 2013/14 Premier League title, is renowned for moulding teams that play attractive, controlled football.

Summer signings such as Jack Wilshere, Andriy Yarmolenko and Felipe Anderson, point towards a clear shift in that direction.

And those three newcomers will add considerable craft to the Hammers' play inside the final third.

While there was no issue with his sides playing three, or five, at the back, many of Moyes’ team selections featured seven or more defensive-minded players.

This cautious approach meant the Irons relied heavily on Marko Arnautovic and Manuel Lanzini, while the midfield was often too far detached from the forward line.

Isolated and feeding off longer passes, it was difficult for the strikers to deliver.

West Ham's build-up play under Pellegrini can be expected to be more assertive.

Of the sides who avoided relegation last term only Burnley, Newcastle United and Brighton & Hove Albion made fewer successful passes inside the final third than the Hammers, who managed 68.39 per 90 minutes.

Pellegrini immediately recognised the need to address this shortcoming.

His acquisitions and attacking philosophy will bring about a dramatic change.

Four at the back

History suggests Pellegrini will deploy a traditional back four at London Stadium, and pre-season friendlies have confirmed this preference.

It will be interesting to see which configuration the 64-year-old plumps for most frequently because in his Man City days he mainly flitted between a 4-2-3-1 and a 4-4-2 formation.

Though the prospect of a Chicharito-Arnautovic partnership appeals, Pellegrini will more likely deploy a lone front man in the early weeks of the season.

Expect the exciting Anderson to tuck in behind the striker.

This system will create stiff competition for places in central midfield, with Wilshere, Mark Noble, Pedro Obiang and Declan Rice, who has been tried there in pre-season, battling it out for two spots.

The improved quality and depth of West Ham’s squad guided by an old hand will produce a brand of football the fans have for so long been crying out for.

Part 1: Everton can go the distance under Silva
Part 3: Hudson-Odoi can thrive under Sarri's new style
Part 4: Emery faces dilemma in quest to tighten up Arsenal