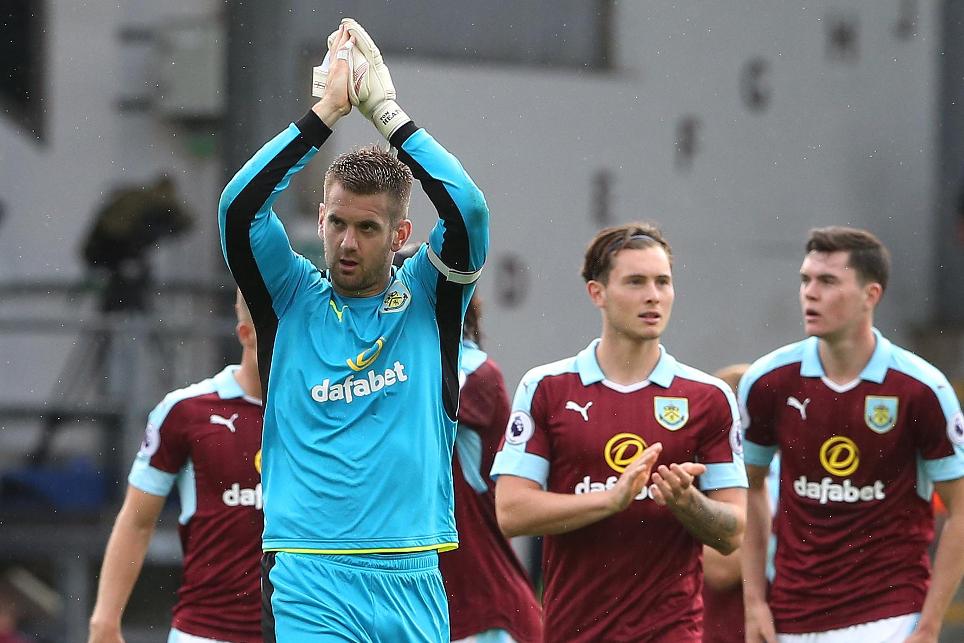 Klopp: We lost ball in wrong moments but we will learn External Link

Tom Heaton (£4.5million) and Sam Vokes (£6.0m) both received three bonus points after registering a score of 31 in the Bonus Points System (BPS).

Heaton turned in a defiant show between the posts, making five saves as the Clarets kept out waves of attacks from Jurgen Klopp’s side.

Vokes netted his side’s opener in the victory, supplementing this with two successful dribbles.

Gray bagged a goal and assist against the Merseysiders but only registered a BPS score of 29 as he was tackled 10 times and was caught offside on three occasions.

Despite a lack of FPL output, Liverpool turned in an attacking display that clinched seven of the first eight places in the ICT Index at Turf Moor.

Adam Lallana (£7.1m) led the way and was also top for ICT Threat thanks to a score of 105. He produced six attempts on goal, with five arriving from inside the Burnley penalty area.

Philippe Coutinho (£8.2m) placed third. The Brazilian registered eight efforts against the Clarets, though only one of those arrived inside the box. Coutinho also completed a staggering 60 passes in the final third and created three goalscoring opportunities.

Heaton has now made 12 saves in the opening two Gameweeks, more than any other keeper, and is the top scoring shotstopper overall with 14 points.

Similarly, Lowton’s performance indicates Sean Dyche’s side will be kept busy at the back this season. Fellow defenders Ben Mee (£4.5m) and Michael Keane (£5.0m) led the way for CBI, producing 15 and 14 respectively.

Although Vokes and Gray were on the scoresheet, the pair had few opportunities and fired one and two attempts respectively.

New signing Steven Defour (£6.0m) made an immediate impact on his debut for the hosts, providing the assist for Gray’s strike.

Liverpool can count themselves unlucky to have suffered defeat. Klopp’s side boasted 81.5% possession, the highest such statistic in a Premier League match ending in defeat, and fired 26 attempts on goal to the hosts’ three.

Owned by 32.2% of Fantasy Premier League managers, Coutinho is the most popular midfielder in the game. The Brazilian has produced 11 attempts on goal over the first two Gameweeks, more than any player from the centre of the park.

Lallana, meanwhile, is thriving in a central midfield role in Klopp’s 4-3-3 formation.

The England international has registered seven shots inside the opposition area and sits top for ICT Threat over the first two Gameweeks. Lallana has fired an effort every 19.3 minutes this term – far quicker than his average of 50.1 minutes in 2015/16.

Notably, James Milner (£6.5m) replaced Alberto Moreno (£5.0m) at left-back and provided four goalscoring opportunities for his side despite the result.