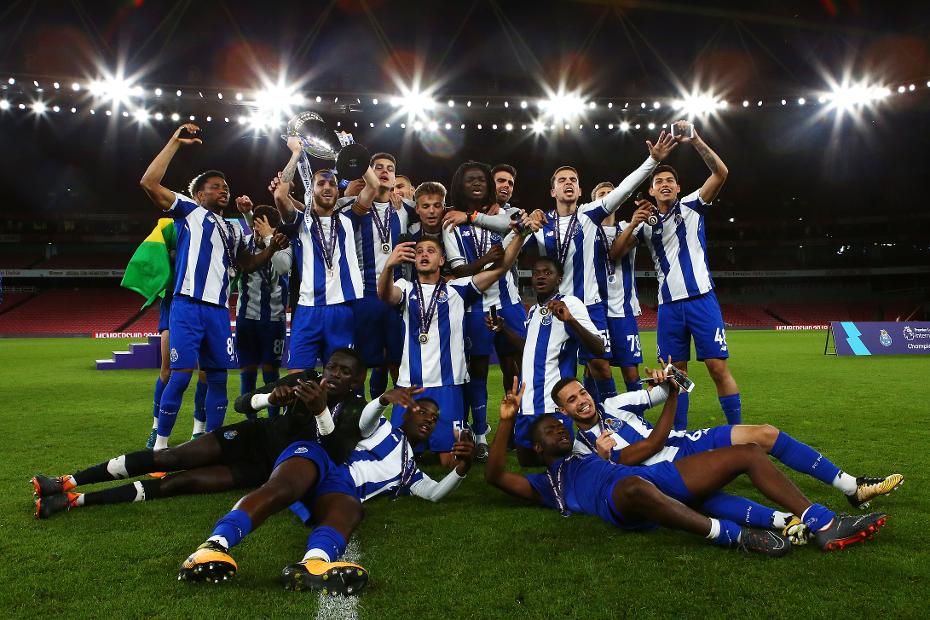 The groups for the 2018/19 Premier League International Cup have been confirmed, with Manchester United drawn alongside Paris Saint-Germain.

PSG are one of three new entrants in the competition, with Premier League 2's Southampton and Brighton & Hove Albion. The French club will also face PSV Eindhoven and Derby County in Group F.

Southampton have been given a tough debut. They have been drawn in Group A with Porto, pictured above, the competition winners for the past two seasons.

Brighton will face Bayern Munich as well as Benfica and Everton in Group D.

The Premier League International Cup gives young players from Category One academies the chance to test themselves against some of the best equivalent Under-23 sides from across Europe.

In its fifth season, the International Cup is split into six groups, with two English clubs and two invited European teams in each.

In the group stage, teams play each other once, with all matches hosted in England.

The group winners and the two best runners-up go through to the quarter-finals.

All knockout matches are one-off ties, to be decided by extra-time and penalties if level after 90 or 120 minutes.