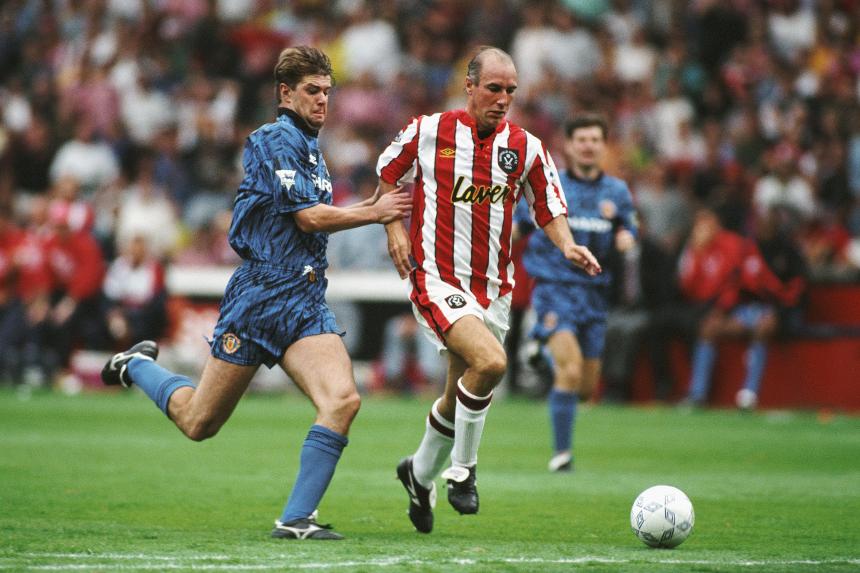 A look at PL history of Arsenal, Chelsea, Everton, Liverpool, Man Utd and Spurs ahead of 1,000th match

Premier League "ever-presents" Arsenal, Chelsea, Everton, Liverpool, Manchester United and Tottenham Hotspur will be playing their 1,000th match in the competition on Sunday.

Here is how they did in their first match in the PL and how they have fared since.

First match: George Graham's team squandered a two-goal lead to go down 4-2 at home to Norwich City.
Since: Under the reign of Arsene Wenger, Arsenal have gone on to become one of the most successful clubs, with three Premier League titles.

First match: A late Nick Henry goal meant Oldham Athletic denied Chelsea a winning start to the Premier League with a 1-1 draw at Stamford Bridge.
Since: The arrival of Roman Abramovich in 2003 ushered in a successful era that has featured five PL titles, three won under Jose Mourinho.

First match: Barry Horne cancelled out Nigel Pearson's early strike at Goodison Park as Everton opened with a draw with Sheffield Wednesday.
Since: After flirting with relegation early on in the competition, Everton have largely secured top-half finishes with their best years coming under David Moyes.

First match: Liverpool's match at Nottingham Forest was the first in the Premier League to be broadcast live on television, with Teddy Sheringham scoring the only goal.
Since: Three times runners-up, the closest Liverpool have come to an elusive first PL title was under Brendan Rodgers in 2013/14.

First match: United conceded the competition's first goal, to Brian Deane, and lost 2-1 to Sheffield United on the opening day.
Since: They recovered to claim the title that season and 12 more since, all under Sir Alex Ferguson, to become the competition's most successful team.