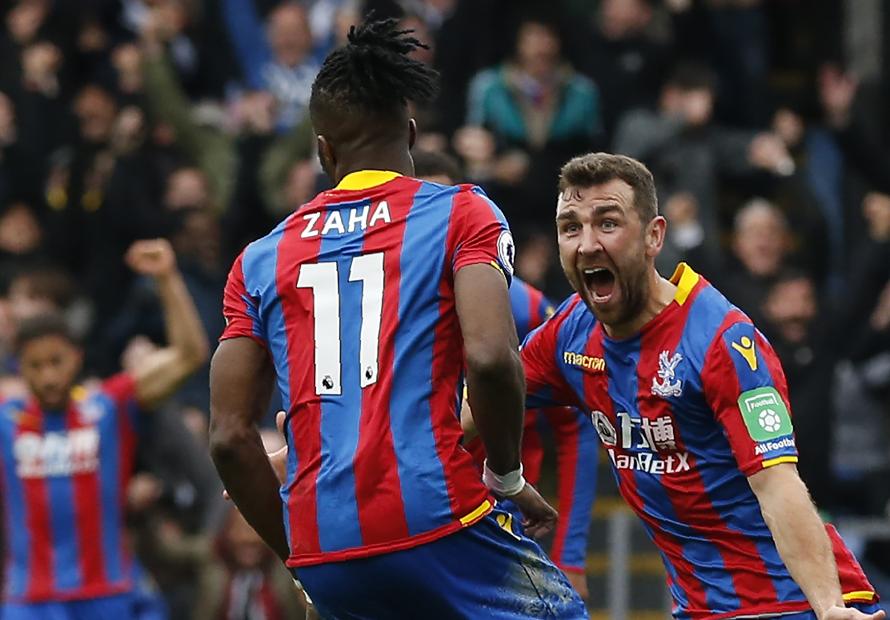 FPL Show: Zaha is the game-changer
Get FPL Draft tips from the experts
FPL Gameweek 38: Ones to watch

Second spot in our Clash Across the Pond League in Fantasy Premier League Draft is still up for grabs.

Paul McKinnon has sealed the title for the UK pundits, but Mark Sutherns is giving chase to Neal Thurman for the runners-up spot.

We caught up with Mark to find him turning to the Free Agent market, and one team in particular, to drive his final push.

Gameweek 38 offers Draft managers the opportunity to roll the dice.

Unlimited free-agent signings mean that we can take risks to help drive a big score and claim a head-to-head victory.

Crystal Palace can be a vital source of talent on the final day.

While key figures Wilfried Zaha and Patrick van Aanholt are likely to have been drafted in your leagues, Roy Hodgson’s squad has other names to consider.

With two goals and two assists in his last four appearances, James McArthur's form makes him a target.

He is currently a free agent in 90 per cent of FPL Draft leagues with eight managers or less.

In defence, both James Tomkins and Mamadou Sakho offer the potential for double-figure tallies from a match against relegated West Bromwich Albion.

The Eagles have kept two clean sheets in their last three outings.

Tomkins has supplied two goals in his last six and Sakho is always in the mix for bonus points. He has earned extra points in each of his five shutouts this season.

Jose Mourinho’s early comments on his Manchester United teamsheet could also be a gift to Draft managers.

He has confirmed that Sergio Romero will be in goal against Watford on Sunday.

Anthony Martial, Marcus Rashford and Juan Mata are all set to start in attack, with Eric Bailly and Daley Blind getting the nod in defence.

Draft managers should use this information and act quickly.

The busiest managers in the market ahead of Sunday’s 14:00 BST deadline are likely to be the most successful once the final whistle is blown.