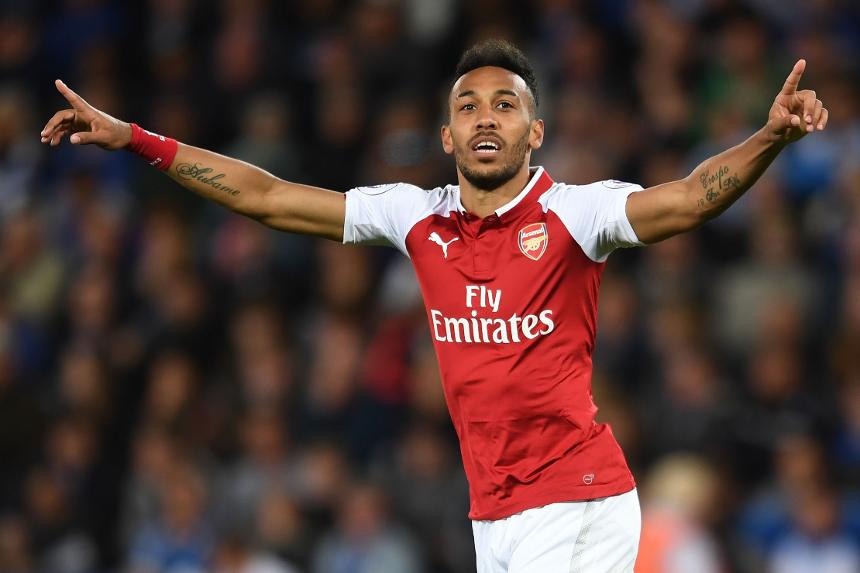 The top scorer in Gameweek 37 is a major contender for the final-day captaincy, says The Scout

'You have to control the animal that's inside you' External Link
GW38 Ones to watch: Aubameyang
GW38 captains: Final fight for Kane and Salah

Those managers looking for a final surge in the rankings may be better off overlooking Harry Kane (£13.1m) and Mohamed Salah (£10.4m) and instead pick Pierre-Emerick Aubameyang (£10.7m).

Having scored or assisted in eight of his last nine matches, Aubameyang is a standout option for Arsenal's fixture at Huddersfield Town.

He is the top-scoring player in Gameweek 37 so far with 23 points from three goals, an assist and four bonus points.

The Gabon international is the most-bought player ahead of Sunday’s 14:00 BST deadline.

He is expected to return to the starting XI at John Smith's Stadium after being rested at Leicester City on Wednesday night.

The Frenchman has five goals and an assist in his previous five Gameweek appearances.

Manchester City's attack again provides a cast of alternatives for the armband.

But Jesus has been in prolific form on his travels, scoring in each of his last three away appearances.

Rested against Brighton in midweek, Sterling has supplied three sets of double-figure scores from his last four matches.

Wilfried Zaha (£7.0m) could provide a major differential as a captain.

He has improved his consistency in Fantasy ahead of a home meeting with relegated West Bromwich Albion.

Handed a role up front by Crystal Palace manager Roy Hodgson, the EA SPORTS Player of the Month for April has produced 14 points in each of his last two matches at Selhurst Park.